Join me as we use historical thinking skills to further analyze some images.

Look at the audience, not a phone in sight, just enjoying jazz in the moment. With the armed forces being such a demanding and sometimes horrific journey, I think both being in a jazz band or simply listening to jazz music would be a pleasant way to spend an evening. We know this big band style of jazz and the days of Frank Sinatra was popular in the 1940’s which could clue us in on when this image was captured. What other aspects of 1940’s culture is present? Do you think traditions like this continue today in the armed forces?

It looks as if they are in a dining hall of sorts when focusing on the napkins and condiments on the table. Why might they be performing here? Could they be overseas or is this a domestic base?

John Thomson was the first known photographer to document the people and landscape of China. He worked to capture all aspects of Chinese life and share the culture with the Western World. What is the significance of better understanding another country’s culture? Could this have been the first time these Chinese citizens saw a white foreigner?

How did the photographer communicate with his subjects? What’s the significance of that long hair? What does he appear to be painting?

This is what class looked like before distance learning. Based on the formal dress and use of cursive, what year might this be? Also, what is the purpose of this photo, does it seem pretty mundane? Might this photo be taken outside of the U.S.? Is this a public or private school? What are the students gathered around?

In the zoom above we can make out the writing on the chalkboard that shows us the lesson is on the Pilgrim’s voyage. How might that lesson differ in today’s classrooms?

In the zoom below we see that there is a photo hung front and center in the classroom. I know having a photo of the country’s leader is a common practice in classrooms around the world but what might this be a photo of here? 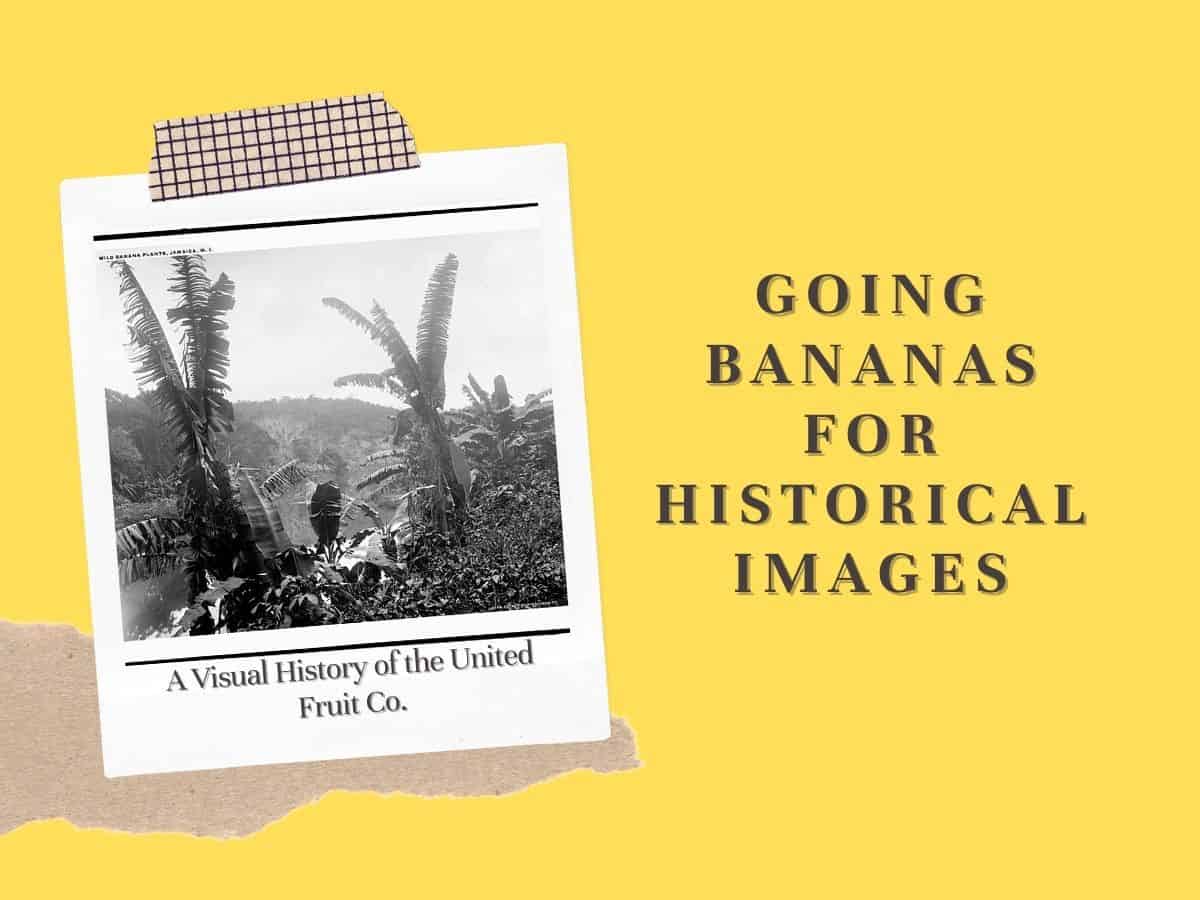 One of the most fascinating topics I studied as an undergrad was about the sinister role the United Fruit Company, known today as Chiquita Banana, played in shaping the history of Central and Latin America. The fruit followed a long, and complicated path to become the “world’s fourth major food, after rice, wheat and milk.”[1]. It’s bizarre to think of the innocent banana toppling governments and becoming a symbol of U.S. global imperialism, but the yellow fruit certainly has a checkered past!

Citation: Carpenter, F. G. Three men in a boat transporting bananas to the city markets in Panama. Panama, None. [Between 1890 and 1923] [Photograph] Retrieved from the Library of Congress, https://www.loc.gov/item/89713947/.

You can learn more about United Fruit Company by listening to this episode of Throughline on NPR.