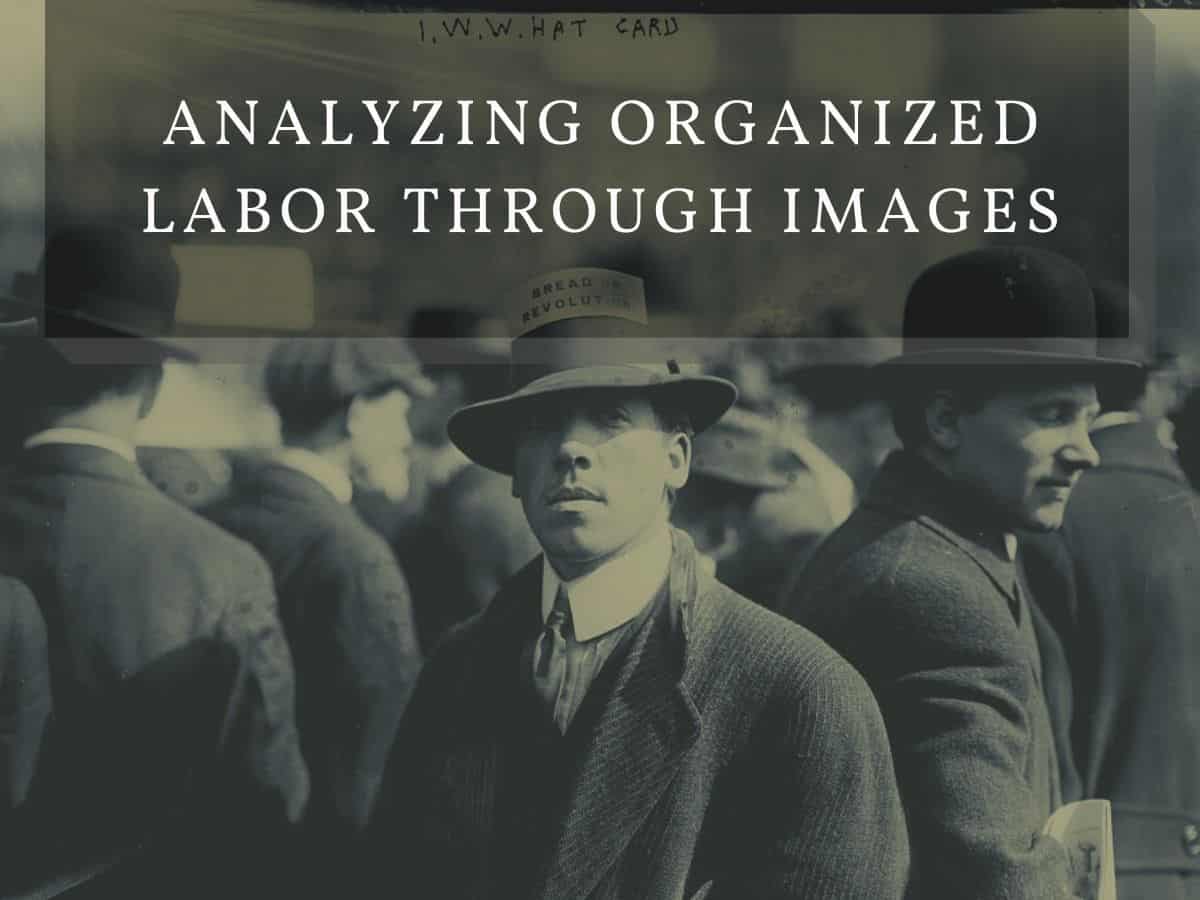 Context: This photo shows labor leader Joseph James Ettor speaking to the Brooklyn barber’s union during the Brooklyn barbers’ strike of 1913. The large sign in the middle of the picture states “I.W.W.” along with demands for specific changes in working conditions in big bold letters. The I.W.W., or Industrial Workers of the World were a labor union group that sought to organize unskilled laborers to advocate for improved working hours, pay and conditions.

Icebreaker prompt: Analyze the image caption. Does it help the viewer understand the image? Create a new caption for the image.

Response: The image caption states what is happening, but could provide more context and agency to the strike. One potential new caption could be “I.W.W. and Brooklyn Barbers’ Union Strike For Better Working Conditions Conditions.”

Context: This photo is believed to be of a picket line at the Mid-City Realty Company in South Chicago, Illinois. The photo features strikers holding signs reading “Slavery was abolished – YET we work for $8 a week” and “Mid City Realty Unfair – Underpays his workers. Overcharges his tenants. Support the strike.”

Icebreaker prompt: Brainstorm a list of questions and rank them by your order of curiosity.

Response:
– What are the working conditions like at Mid-City Realty?
– What role did racism play determining how the strikers were treated by their employers?
– How did conditions differ for both male and female employees?
– Why do the workers think they are treated unfairly?
– How much was $8 a week worth during this time period?
– How long did the employees strike, and did they get their demands?
– Who was the owner of Mid-City Realty Company?

Title “The only way out – fighting them with their own weapons,” by Udo Keppler from Puck Magazine, 05/27/1903

Context: This cartoon is titled “The only way out,” by cartoonist Udo Keppler. The caption at the bottom states, “The only way out – fighting them with their own weapons.” The cartoon features a representative of the “Employers Union” gesturing at a “right to lock out” sign, much to the shock of laborers.

Icebreaker prompt: Analyze the bias of the image. How does the arrangement of the image create bias?

Response: The cartoonist is biased in favor of the factory owners and employers. The employer is the focus of the image and is much larger in stature compared to the three employees. Additionally, the cartoon states that locking the employees out is “as absolute as the [workers] right to strike.” The arrangement enforces this bias because while the workers are locked out, construction continues behind the employer. 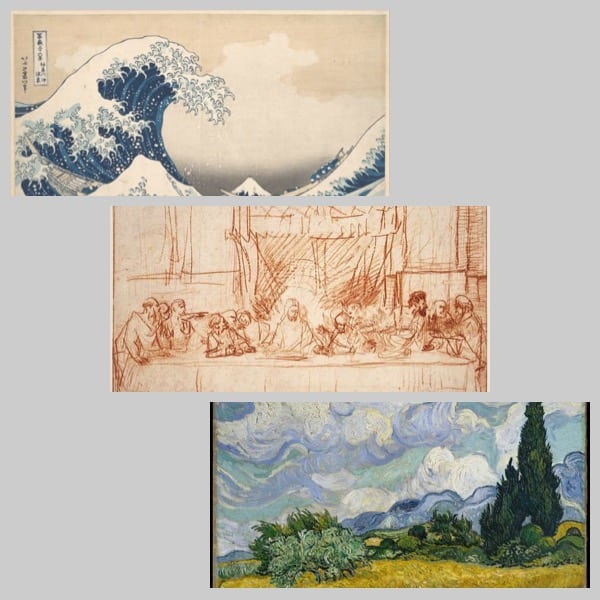 Source I’m sure most (if not all) of you have seen this iconic painting by Katsushika Hokusai. During the Edo period, Hokusai was the best known author in the woodblock print series Thirty-six views of Mount Fuji. In the picture we see the giant wave, three boats, and Mount Fuji in the distance.

Ice breaker prompt: Think about and write down questions you have about this picture. Rank them of individual curiosity

Response: 1) What do you feel when you look at this picture? 2) How is this different than other artists in Europe? 3) What was Hokusai’s intention when he made this picture?

Source Personally this is one of my favorites from Vincent Van Gogh. This one has a vast number of different colors and unique brush strokes. Yes, you can argue that every artist has their own style, but it’s just something about Van Gogh that screams “immaculate.”

Ice breaker prompt: Analyze the image and write down the things that surprised you.

Response: Look at the different shades of colors that Van Gogh used. I also wonder what kind of material Van Gogh used when he illustrated this picture? I noticed that there is a very small detail of red at the bottom that represents flowers.

Source Leonardo Da Vinci, a man that is still one of the greatest painters of all time. He created this masterpiece from one of the most well known books in history: the Bible. In the picture called “The Last Supper,” Jesus Christ is with is apostles right before he is about to die.

Ice breaker prompt: Create 3 thought bubbles about what the apostles might be saying.

Response: 1)We are finally here together with Jesus. 2) What is about to happen now? 3) Am I the one who will betray Jesus?