Skip to content
Strangely, the first thing that popped into my mind when we received the document based lesson assignment was to create a lesson about what historians do when the written records are lost or missing.

I also decided that, as this would eventually lead to writing a chapter in an ebook, to write the chapter that is missing from my students’ textbook–the collapse of literacy and civilizations in the Eastern Mediterranean at the end of the Bronze Age in roughly 1200 B.C.E.

I had a wonderful time with this project and I learned new skills for both apple and google applications. I also took a chance and e-mailed Dr. Eric Cline–an expert on the late Bronze Age. He put me in contact with other people and opportunities related to this topic. It was a good reminder that academics are collaborative and supportive; in future, I will continue to reach out to experts and resources that can enrich my students’ learning.

While I had provided them with the same instructions on completing the organizer and given them copies of the organizer, they had not attempted to complete it.

To offer them needed practice, and also allow all students to prepare for the test, I introduced a “group shared test taking” activity. I explained that this was the same document as the quiz that they would get the next morning. I reiterated the instructions on completing the graphic organizer and told them that this was their opportunity to “cheat” or “share answers” as that would not be allowed tomorrow.

Most students took to this quickly; however, some students opted not to work with other students or share answers. These students did not do as well as the students who worked in groups. In many ways, this activity validated Vygotsky’s theories about the ZOPD. 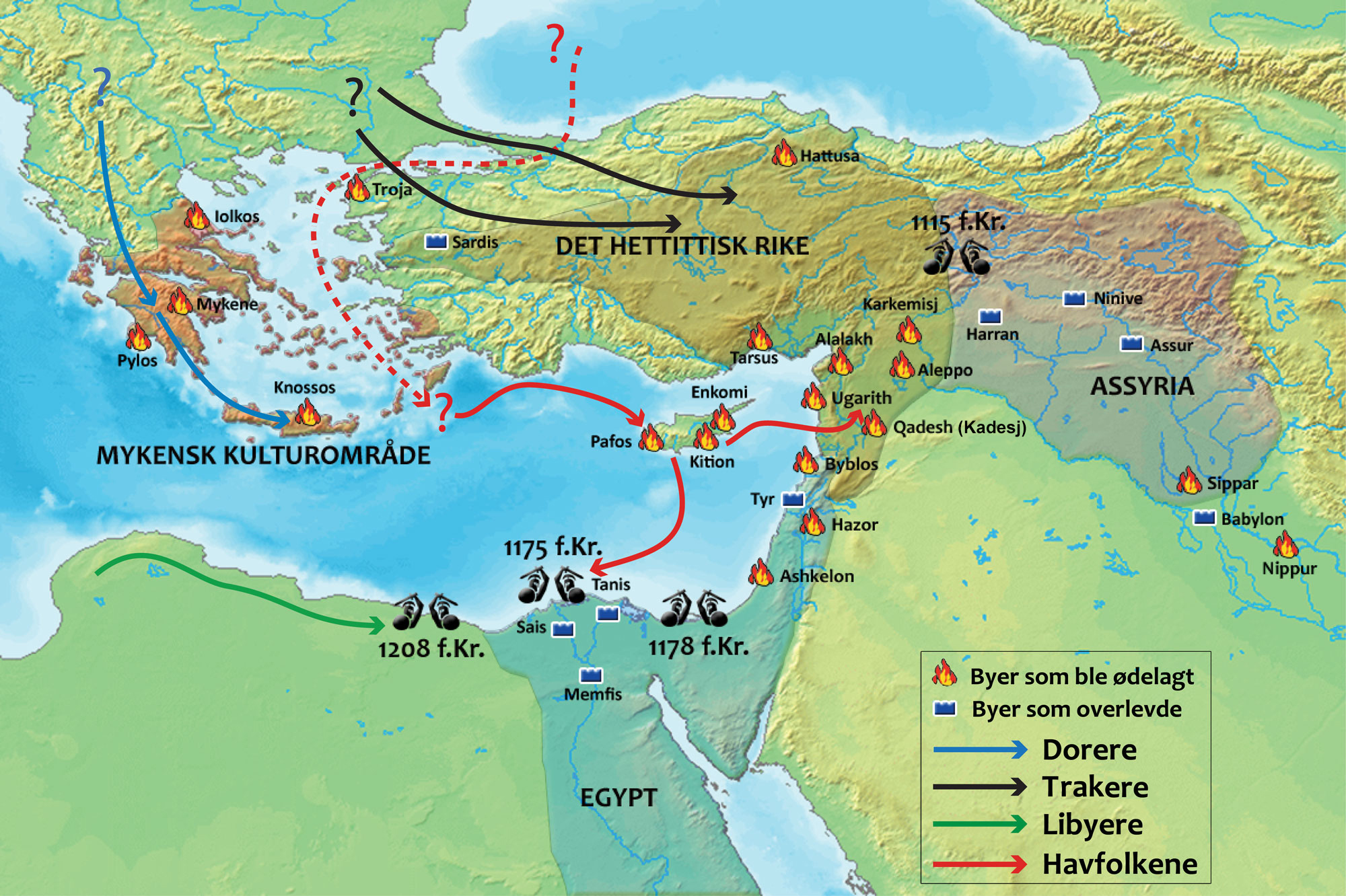 I’ve started work on a google site for this lesson.

I’d like to start students off on the home page with generative questions about approaching an event that is not in the textbook, where we do not have a written record, and where historians are uncertain of what happened.

The next step is to visit the late Bronze Age Mediterranean. I have a few maps and there are treaties and letters between the civilizations that students can interact with to develop their knowledge of this historical scene. I may also use a relationship web or other graphics showing the social circles between the rulers, the trade links, and diplomatic ties. I would then contrast this with the early Iron Age in the same region to show how radically different it was.

I then want to expose them to the half dozen written records from the time. This includes the Letter from Ugarit:

“My father, behold, the enemy’s ships came (here); my cities(?) were burned, and they did evil things in my country. Does not my father know that all my troops and chariots(?) are in the Land of Hatti, and all my ships are in the Land of Lukka? … Thus, the country is abandoned to itself. May my father know it: the seven ships of the enemy that came here inflicted much damage upon us.”

After that I will role out the classic “Sea Peoples” hypothesis, explore who they were and what we know about them, and ask students to consider if this is a satisfactory explanation. “Are the ‘Sea People’ the ultimate cause or a proximal cause?”

After that I would set students loose on alternate explanations including the earthquake storms (I have maps, but I need to do some leg work to find the number of earthquake fatalities, and photos of walls destroyed by earthquakes around 1200 B.C.E.). I could potentially bring in the Biblical story of the fall of Jericho and ask students to contextualize this account.

I want to offer them the climate change evidence for drought caused by an Icelandic volcanic eruption. The pollen study in particular is compelling here. I have access to an adjunct professor at the local college who might be a good guest lecturer. He currently teachers courses on climate change and meteorology.

I would offer them evidence from Crete that shows that people abandoned the valleys and settled in hill forts. There is a good YouTube video on this.

Lastly, I would expose them to a site in Israel where the two lead archeologists who work together at the site disagree about the meaning of the findings. They have discovered that the damage and destruction was focused on the political and religious elites–suggesting to one that this was an internal revolt. Additionally, the other expert emphasizes that all the religious icons were destroyed–suggesting an external invader, potentially the Israelites.

I may close the activity with an online survey asking students to what extent they agree with various explanations and giving them a text section to explain why. I might even let them respond by video.

The above was a fun exercise in historical thinking. I enjoyed being forced to think about why we know what we know and also how what we know also informs how we perceive artifacts.
Initially I had thought about doing this around an account of the Battle of the Little Bighorn or the painting “Death of Wolfe.” Both would have worked well in this setting, but I was feeling a little more irreverent so poking GW scratched that itch.
I can’t wait to post further comments on the excellent work from the rest of the class. We had some great and creative versions of this activity.