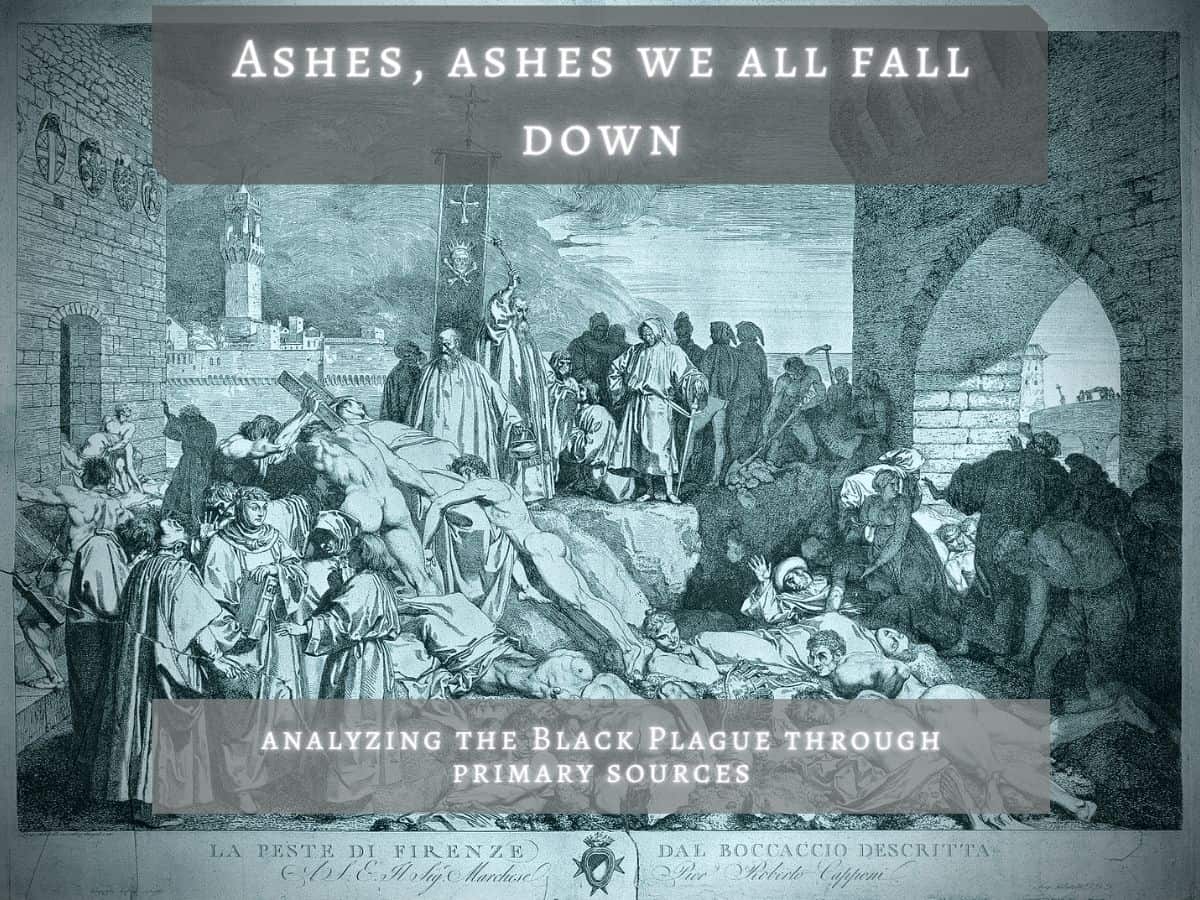 Though I only just received my placement, planning a lesson for the Black Death seemed to be too good of an opportunity to pass up! I studied the plague as an undergraduate student and felt the moment we are living during the COVID-19 pandemic is an excellent opportunity to encourage students to grapple with the history of infectious disease by seeing how they impacted past societies.

Maggie and I partnered to create two Google Form lessons to lead the students in a source analysis exercise and to compare and contrast attitudes towards the plague with the modern-day. I designed these lessons for my 10th grade World History classes at Mountain View HS. The goal of the lesson was to help build students source analysis skills and encourage class participation by developing a discussion centered around comparing and contrasting the Black Plague with the current pandemic.

Link to bonus form: “Survive the Black Plague” choose your own adventure quiz

Background
The Black Plague was a deadly pandemic that devastated Europe, Asia and Northern Africa in the mid-1300s. The traveled along trade routes and is thought to have killed between 1/3rd to 1/2 of of people in Europe. Some cities and towns became abandoned due to the wide-spread effects.

3 Replies to “Ashes, Ashes We All Fall Down: Analyzing Perspectives of the Black Plague through primary sources”