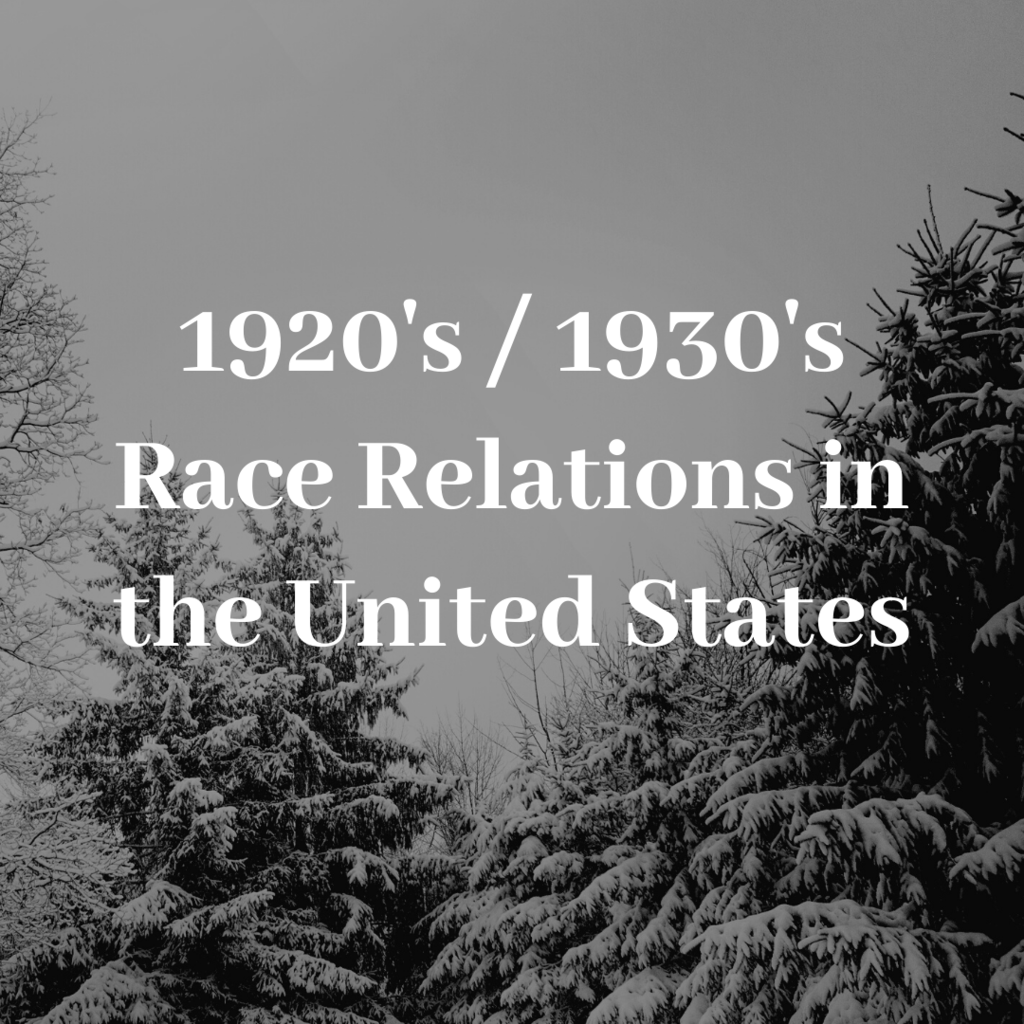 Essential Question: How were African Americans treated in the 1920’s and 1930’s and how did they respond to this type of treatment?

Directions for Students: For your assignment, you will need to pick a decade, either the 1920’s or the 1930’s and pretend that you are a black working class American. You will be writing three journal entries about different experiences you have during this time. Use the following documents to help you in writing your journal entries. At the end of each journal entry, make sure to add a drawing of what you wrote about in your journal.  Your journal entries can either be handwritten or typed out, but your pictures need to be hand drawn. You will not lose points for art ability, I just want to see that you tried your best to create a visual of the content you wrote about. Make sure each journal entry is at least 3 paragraphs or 12-15 sentences.

Entry #1: In your first journal entry, write about your life in the South. What job do you have? Do you have a family? How does having or not having a family impact your experience? How is life different for you as compared to white working class Americans? Make sure to include how you are affected by Jim Crow laws and describe at least one instance where you were able to see this difference.

Entry #2: In your second journal entry, write about a specific lynching you have heard about. Use the lynching map to pinpoint a specific case where someone was lynched. Who was this person? Were they related to you? A Friend? Someone you knew from your town? Or were they a stranger? How does this make you feel? For your drawing, draw how this interaction made you feel.

Entry #3: In your final journal entry, pretend that you have just participated in the Great Migration, and are now living in Harlem, New York. Describe what you see in your new city. What art have you seen or literature have you read? How does this compare to life in the South? Do you like it better in the South or in Harlem? Why?

While the 1920’s can be remembered as a prosperous and exciting time for many people, it was not for everyone. Jim Crow laws limited what African Americans were allowed to do, where they were allowed to go, what bathrooms or water fountains they were allowed to use, while also segregating them from their white counterparts. During the 1920’s and 1930’s, lynchings were continuing to occur throughout the United States, with the revitalization of the Ku Klux Klan. While these acts were occurring throughout the United States, Harlem, New York saw a different side of life. In Harlem, many black artists and writers were publishing their works that shined a light on what it was like to be black in America. Artists and writers expressed their experiences through their craft and many people took to listening and learning about their experiences. This also allowed other members of the black community to feel as though they were not alone through the struggles they faced and the experiences they had.

With the revitalization of the Ku Klux Klan during the late 1910’s and early 1920’s, the amount of lynchings were going up as well. The KKK was known for lynching, which meant to hang or kill someone who was allegedly accused of a crime, many people. Many remember the KKK as an organization that only killed blacks, but quite a few Chinese, Latinos, and Italians were lynched by the KKK for not agreeing or meeting their criteria for membership. Groups such as the NAACP, National Association for the Advancement of Colored People, worked to bring statistics and stories of how lynchings were affecting their community to light, in the hopes that people would stop.

From the mid-1910’s to the early 1940’s, there was a mass migration of African Americans from southern states to northern states, specifically, Harlem, New York, known as the Great Migration. With so many African Americans moving to Harlem, it became a city that was rich with African American culture and traditions. Because of this, many African American artists and writers were able to flourish, publishing their work and getting lots of buzz around it. Many people in the Harlem were either writing, or creating other kinds of art that expressed experiences they had had throughout their lives. Because so many African Americans were living in Harlem and close to the art, they had better access to it and were able to see it and relate to the different experiences that were expressed. Many people found solidarity in one another because of these artists and writers that were so open about their experiences.