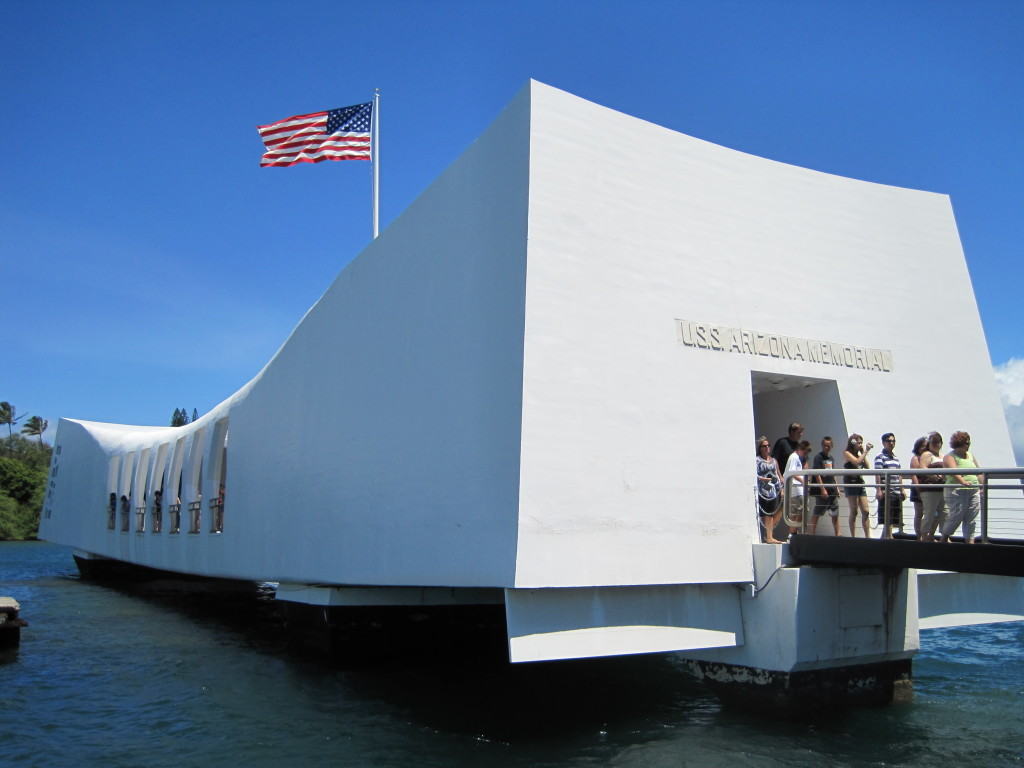 I have rather enjoyed creating this lesson. The idea was something I became interested in while in college and have not had the space to develop since then. When this project was introduced to me I knew immediately what I would do.

A Date of Infamy by Mollie Carter

It became more interesting, unfortunately, in the middle of November as Paris was attacked and hateful rhetoric began to come from the Republican presidential candidates. It reminded me of some of the rhetoric after the attacks on the twin towers, which as a 12 year old then I clearly remember. As I started my venture into teaching, I realized that many of my students would be born near or after this day that so scarred my memory. I was reminded of my own age as well as my place in the greater timeline of history. It is this realization that directed me to think of another generations “day of infamy” and the ways we teach it to students who have little context for it.

I also find myself wanting to emphasize on historical empathy, or perspective taking. Often times when looking at history, we may look at it with our modern day perspectives and judge the people of the past without seeing things through their eyes. The purpose of this is not to justify their actions but realize that it could still happen to us; that if we forget the past or believe we are above it, we are bound to repeat it.

Creating this document based lesson allowed me to combine both of these ideas of mine into one, ideally powerful, lesson. I am not a Mac person so learning to use the iBook software was a bit of a learning curve but in the end I found it worth it to create this easy to access lesson. I hope that whoever may find this will have some deep discussions both about our history and the nature of humans themselves.
Photo credit: Wikipedia
User: Victor-ny
Uploaded: 18 July 2010 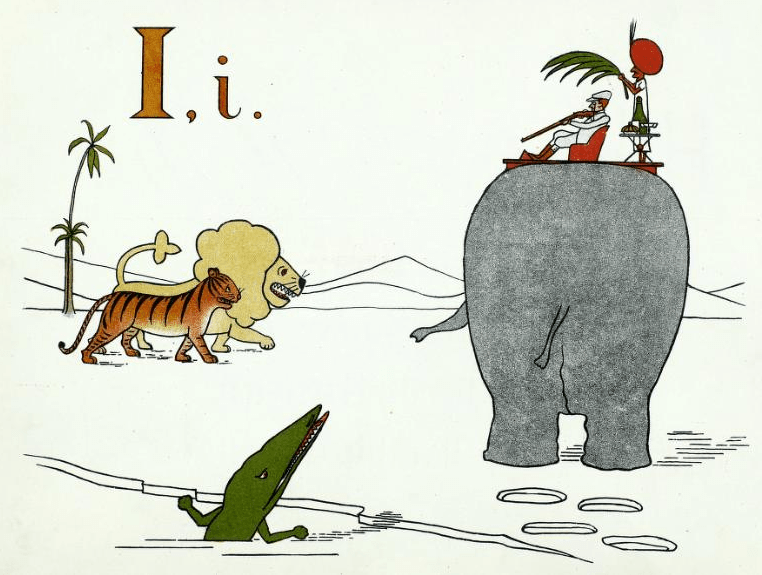 I is for India,
Our land to the East
Where everyone goes
To shoot tigers, and feast

Common Core offers an incentive for teachers to use historic documents to build literacy skills in a content area while empowering students to be the historian in the classroom. But a document-based lesson (DBL) in this context requires four key elements to be successful:

Class 6 offers strategies for assisting students to more closely read a document (in all their multimedia formats) by answering three Common Core questions.

Here’s a handout of my slide deck 3.2MB pdf

Students will design their own literacy DBL. Assignment (note – various due dates)

For source material, I’ve collected some great websites that include many of the major archives from around the world.

Best Sites for Primary Documents in US History

Here’s some some sample DBLs that I have designed: 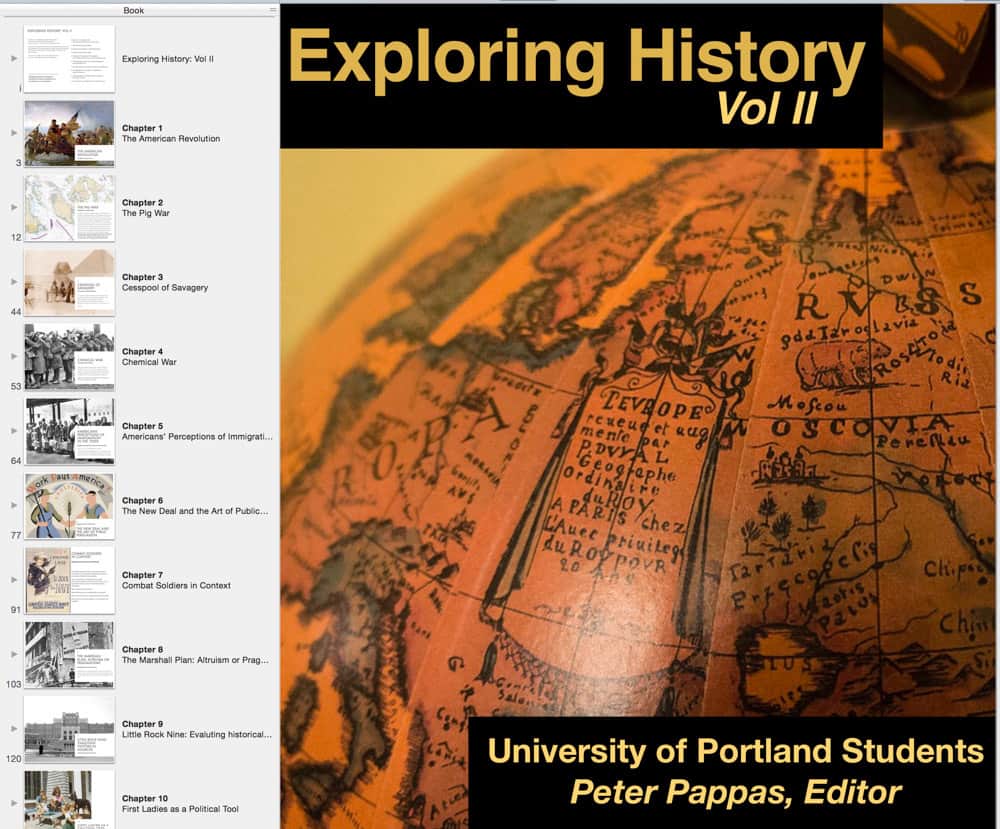 This is the final activity in our DBQ design project. It began with exploring historic thinking skills and ends with students designing their own DBQs for inclusion in a class published iBook.

During the last few classes we have had 45 min sessions in the Mac lab (only a few students have their own Macs with iBooks Author). Students have arrived with their prewritten text, source material, images and YouTube video links. They used a total of about 2 hours of lab time to complete rough drafts their chapters. They shared their chapter files with me and following class, I compiled their chapters into a single iBook. Link to a PDF version 27MB pdf.

I’ve arranged to have the iBooks draft file loaded on to iPads for the students to use. In Class 14 we will proof and peer review our chapters and take one last trip to the Mac lab to use iBooks Author to do a final version. After the final edits, I’ll upload to iTunes. Net result – a student publication in just a few hours of lab time (with all research and writing done in advance) 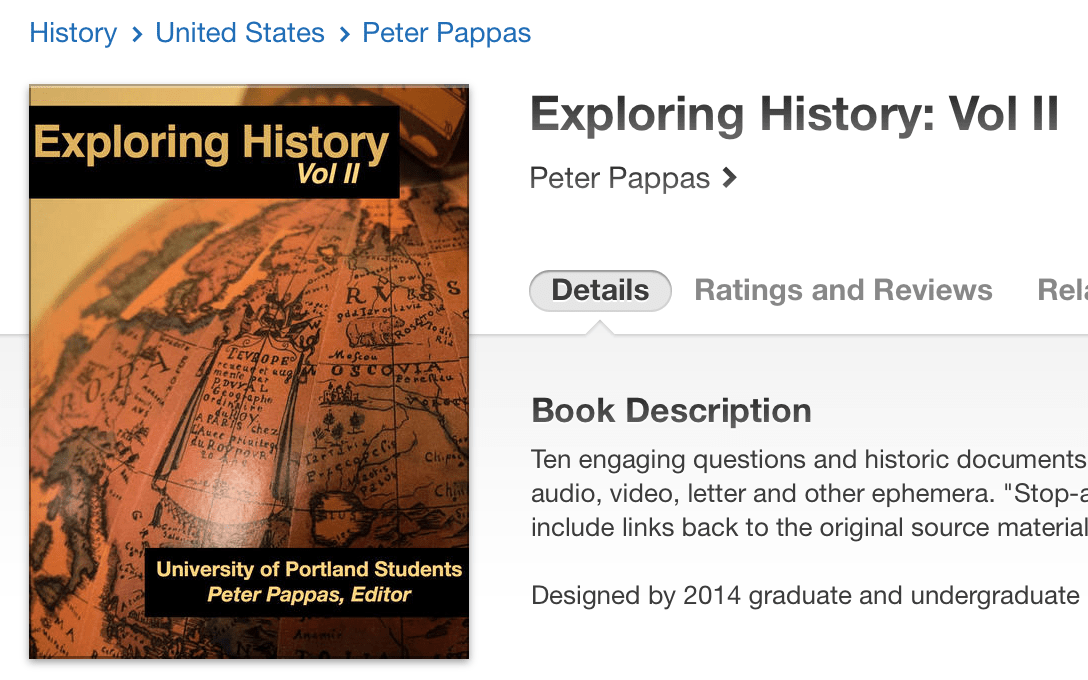 This project was such a great opportunity to try my hand at creating the type of relevant history lesson that I want to include in my curriculum as a future social studies teacher. Unfortunately, I did not fully take advantage of it as I wish I had. Initially I struggled narrowing down a subject, I wanted to land on something I felt a strong personal connection to which would also be relatively simple to construct a DBQ project around. Quickly settling on the topic of communism and the Red Scare, I felt confident, perhaps a little too confident. When I realized that someone had focused on that topic last year for this project, I decided that topic would no longer work for me. I could have carried on with the communist angle and perhaps focused more specifically on one aspect of it such as the Ronsenbergs or the Cuban Missile Crisis, but my internal drive to be as close to original as possible forbid me from this. Instead I decided to switch gears entirely.

After debating various topics in my head from Civil War Reconstruction to the often forgotten historical figure of Noah Webster, of that dictionary we refer to from time to time (who I discovered in my preliminary research may have been a thoroughly unlikable fellow which is why his contributions to the founding of the USA have largely been forgotten…) but I digress. After bouncing around a variety of ideas after the Red Scare topic fell through, I finally settled on focusing my DBQ on the New Deal and the various forms of propaganda and art that came out of that time period in American life.

This period in history is complicated and filled with difficulties and political initiatives that mirror our own times to such a degree it is almost unsettling. Much as President Obama has needed to sell his ideas for recovery and change in the last six years such as the Affordable Care Act, so FDR needed to sell his plan for getting America out of the Great Depression. The poster collection created by the WPA and FAP between 1933-1943 is one of the first things I re-discovered when researching this topic. 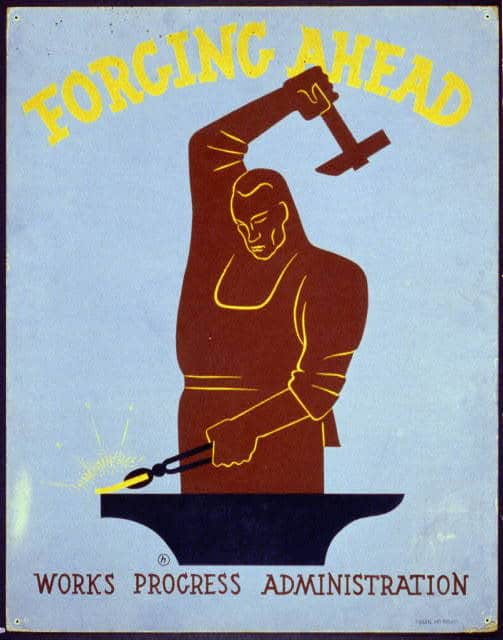 They are beautiful, modern and striking. The have an agenda, often times more than one and they have much to tell us about what art can do to shift public opinion, and what those responsible for creating those posters believed needed to be shifting.

Once I settled on a topic my drudgery through this project was not alleviated. I did not have a focused point of view or purpose for the posters though I know I wanted to use them. Peter Pappas helped me collate my thoughts on what things could be asked of students in relation to the artwork and what conclusions or inferences could be drawn that might be helpful. My resulting DBQ project is not the best thing I have every produced, but it is definitely a place to start. As one of my favorite authors Elizabeth Gilbert has said “You must be very polite with yourself when you are leaning something new.”

If I could do it again I would get started much sooner, put my head down and find a topic I felt was original and interesting. I might have focused on maps or the layout of cities in America or something closely related to that. The good news is I hope to be at this for a while and I think the benefit of DBQ questions can not be understated, so I might just get me do-over shot after all. For now it’s about doing the best you can and learning that procrastination does not a stellar project make.