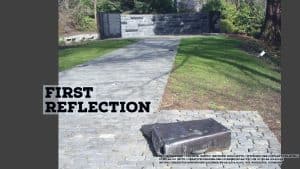 This was my second visit to the Portland Holocaust memorial. The first time was accidental. I had been walking in the park on a crisp winter afternoon and stumbled upon it. It was quite intriguing to piece together meaning as I explored. It felt like discovery.

As an adult learner I have a lot of background knowledge about the event, and so many of the visual cues were easy for me to interpret. Having also visited the Yad Vashem Holocaust memorial in Israel on two occasions, I find that a list of names of the dead is a powerful statement in and of itself. In addition, I appreciate the artistic aspect of this memorial. Its serene, secluded setting added to the experience for me because it gave me a chance to reflect. The architecture hinted at deeper meaning and was obviously crafted with intention. Taken as a whole, while the memorial itself appears understated, rather small and tucked away almost out of sight it is well orchestrated and makes a powerful statement.

As someone of Jewish heritage, reflecting on the Holocaust is difficult for me. My entire family was effected by both the Pogroms in Russia and WWII, with many of them tortured and killed.  These events were recent enough to have had a profound effect on my grandparents. We have one survivor who still speaks of the horrors of her experience in a concentration camp. The second time I visited the site, with the class, I was prepared for what lay in store for me. I braced myself for it, and created emotional distance between myself and some of the aspects of the memorial that I knew would be particularly unsettling. However unpleasant it may be, I consider it an obligation to pass the message of what transpired to the next generation. Those who have experienced the events firsthand are advancing in age and soon won’t be able to give us their accounts. I believe that telling this story is a shared obligation, and as a history teacher and as someone of Jewish heritage I know that its imperative.

As for planning our strategy, the Theory of Self Determination (Deci and Ryan) resonates with me. It identifies 3 underlying motivators that intrinsically drive us as learners. These are the needs for autonomy, relatedness, and mastery. For me it is a sensible framework from which to build curriculum. For me, thinking in terms of this theory makes it easy to differentiate among learners by focusing on their learning styles and needs.

I see it as integral to keep the learner’s need for autonomy in mind when designing activities to be done at this memorial. I would build in time for students to explore at their own pace, reflect in their own way, and/or choose from a variety of possible activities to suit their learning style. For example, I envision that after a structured tour students could be given the option of staying with the interpreter for a Q & A, listening to audio clips from survivors, reading the plaques, making etchings, or sitting in silent reflection. Just as it was difficult for me to take in the memorial, it might also be difficult for other learners. Even under normal circumstances I wouldn’t want to force them to process everything at only one speed, the speed of the group as a whole, and in only one way without any variation. This is especially true when doing so could mean placing students in a learning environment that’s not an emotionally safe space for them.

After they have time to explore the memorial they could choose between writing a poem, producing another form of written reflection, song lyrics, or even graphic illustration. These activities not only satisfy the need for autonomy, but they accommodate a variety of learning styles and cater to multiple intelligences. Whatever tasks are asked of them should be goal oriented, and easily fulfill the need for students to feel that mastery of the task is within their reach.

I believe that no lesson about the Holocaust would be complete without relating it in some way to present times. Ideally we would offer extensions that provide inspiration for further projects and research. The ultimate goal would be to engage learners, in some way, enough that they are intrinsically motivated to use their newfound knowledge for the greater good in the community at large. 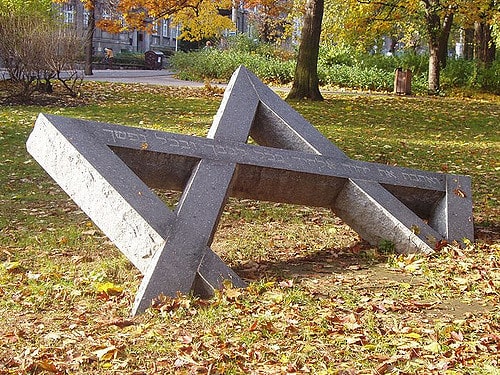 It is important to create a series of lesson plans that is easily accessible to all classrooms.  Reflecting on all the details that were carefully designed into the memorial was really powerful.  The tour itself was an experience.  How can we make this personal to our students?  Here are a few suggestions…

How do we introduce the memorial to the students?

How do we give our students the most impactful experience while at the memorial? 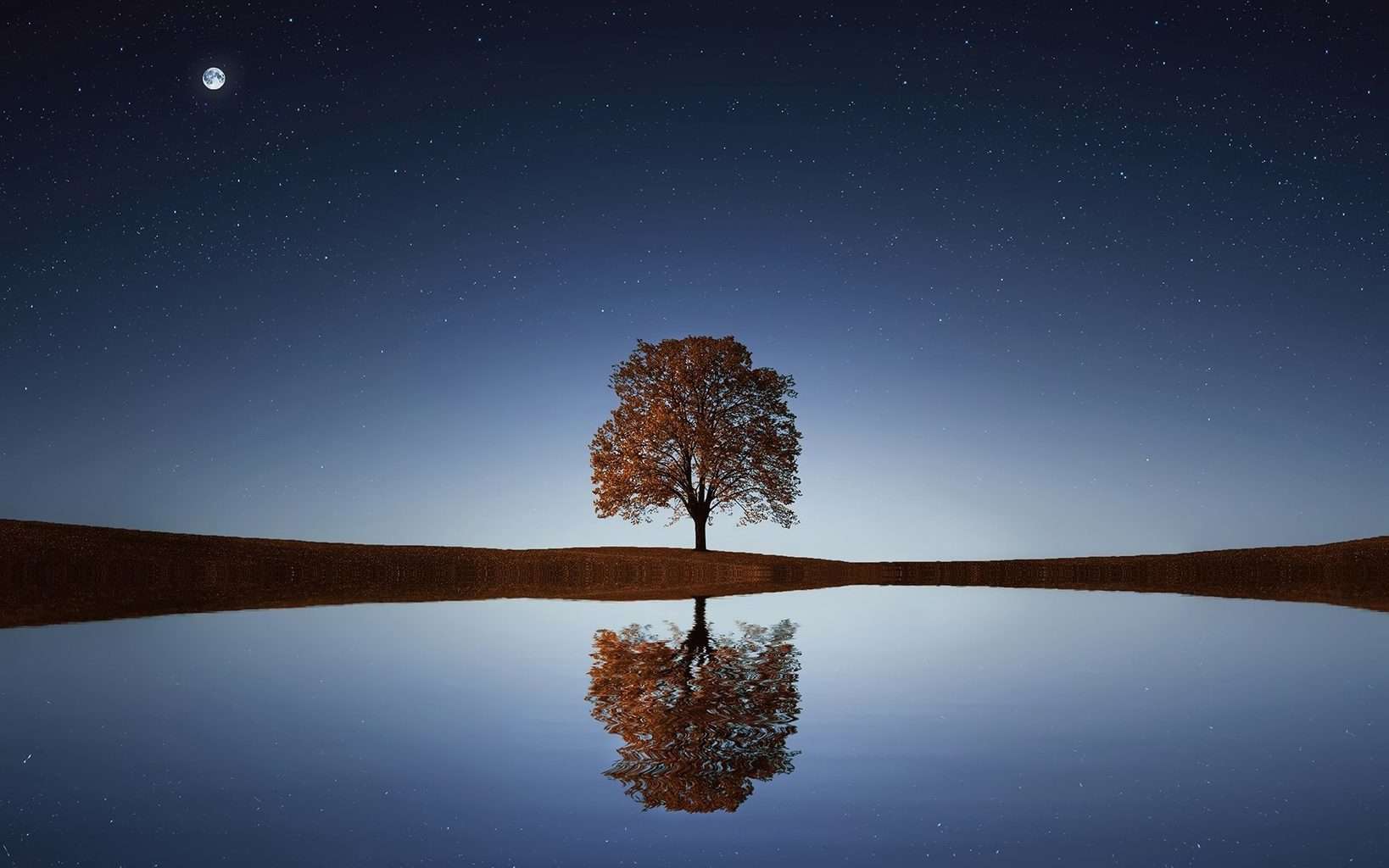 Honestly, I don’t really have much experience with designing curriculum or lessons, so I feel a bit out of my depth at this stage. I’m not really sure what’s possible or desirable. On the other hand, it’s also exciting to be part of such a project, and to be getting some of this experience. I look forward to seeing what we can do.

At the museum, I really appreciated the information on Portland’s Jewish community, and the effort to tie the Holocaust to the personal stories and experience of people in that community, and to the broader context of Oregon’s history and various experiences of dehumanization and discrimination within it. This is, after all, specifically Portland’s Holocaust memorial; it seems it should reflect Portland and the people here. I especially thought it was helpful to see the video about the construction of the memorial and the interviews with the people involved with that, what they were thinking and feeling, etc. I also appreciated the map of the camps—I think it would really help contextualize what to students might just be obscure-sounding names like “Treblinka” or “Chelmno.” I found myself wishing more information like this had been available at the memorial site; I think that would be a good place to start. 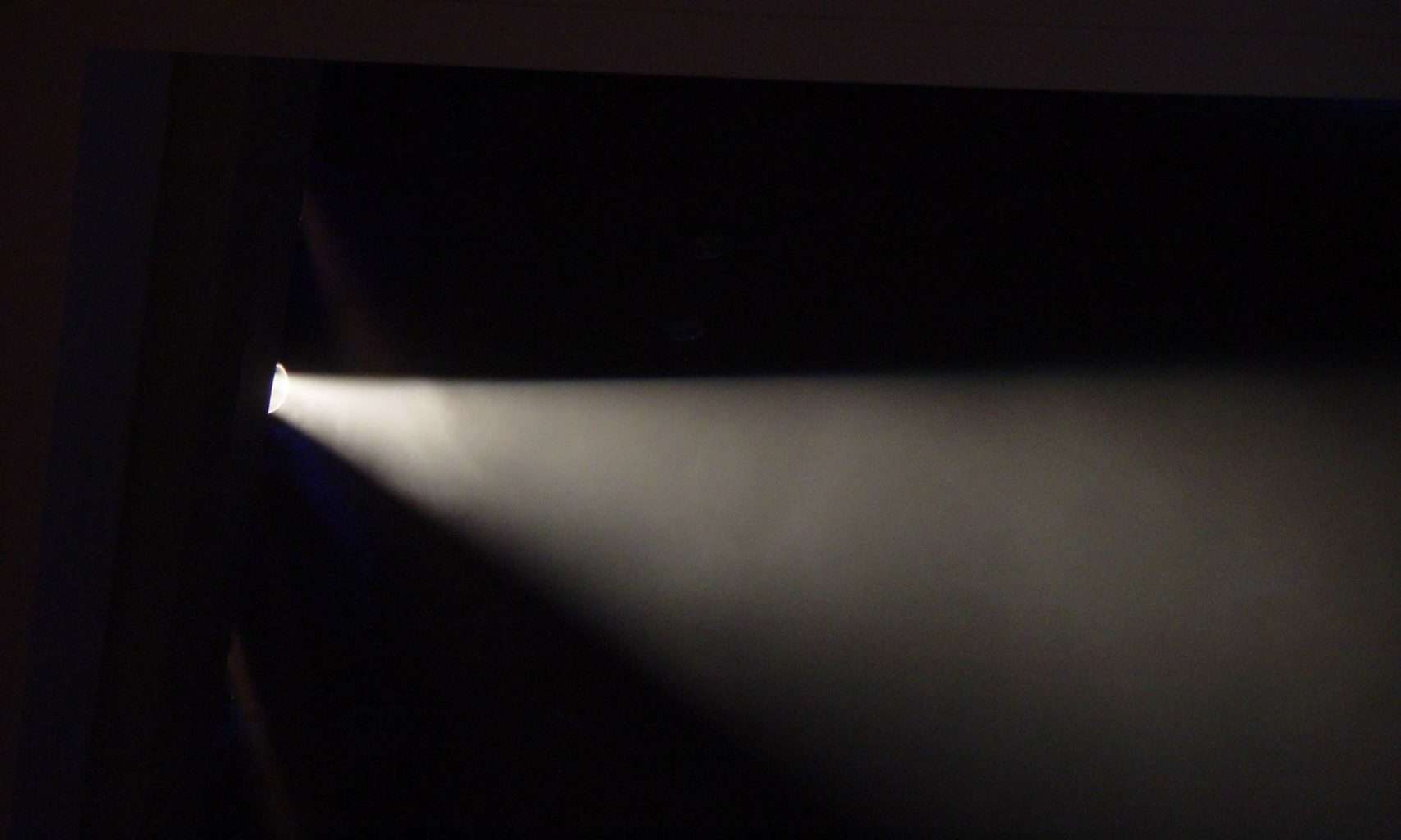 Concerning our recent visit to the Oregon Jewish Museum and the affiliated Holocaust Memorial:

As we perused the collection of black and white photographs, meandered down the grey cobblestone path to the memorial wall, and succumbed to the heart-aching memories of Holocaust survivors displayed with clear aluminum lettering, I could not escape the darkness. Neither the bright sun overhead nor the vibrant green trees in the background could lighten the experience. The Holocaust was, and still is, an illustration of the human capacity for depravity. How do we teach 12 to 18 year old students about this significant historical event, which resulted in the deaths of millions? How do we shine a light on this darkness? Where do we shine it?

Some ideas for where and how to shine the light: