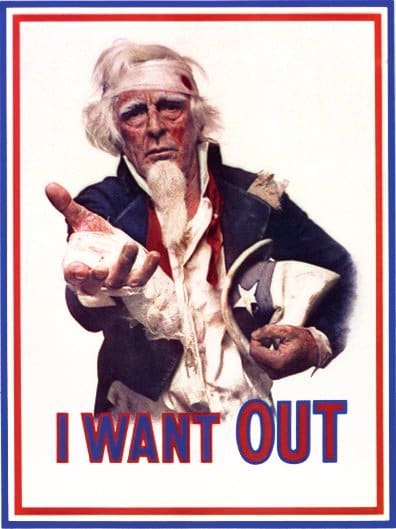 The DBQ assignment turned out to be much more difficult than I had originally intended. I initially wanted to combine the assignment with my fall work sample on the Roman Empire. I set out on a determined path to create a DBQ assignment based on Roman architecture, frescoes, and speeches. It became apparent quite early that this would be difficult. The point of the DBQ assignment is to use a primary source that will help students to answer broad questions about the historical time period in which it is set. These primary sources contain enough information that they alone can be used to answer the questions. This was the most difficult aspect of the project for me. Most of the images I had chosen were great sources about the rise and fall of Rome. However, they all required a lot of background knowledge to answer the questions about them. For instance, a fresco that depicted a Roman trireme manned by foot soldiers was supposed to show the students how the Roman army was used even for naval battles. However, while this was obvious to someone who already knew that fact, it was less clear to someone completely new to the topic. This meant that a student would not be able to answer the questions using just the fresco. I was actually able to use the Roman DBQ assignment for my work sample, in fact it tied really well into my lessons. It was not a true DBQ though, so I created a new one about the civil rights movement and the Vietnam war.

The new DBQ does a much better job of using the documents and songs to generate questions that the students can answer using only the given sources. Despite this, I had trouble coming up with overall questions about the unit. I kept refining the topic until I had a good theme to work with. I was already using some music as evidence, and I added a couple songs to make the music of the time central to the DBQ. This also changed the main idea of the DBQ, which shifted from a focus on the civil rights movement to the general anti-war movement (although civil rights were still very important to the DBQ).

Overall, I learned a lot from this assignment, especially about using documents that are most conducive to the student’s knowledge level. Using a famous or popular document doesn’t really help the student to begin answering questions on their own. It is much more important to use a document that allows the student to be the historian and reach logical conclusions about the time period. I am excited to continue to use DBQ’s to teach students to examine, analyze, and interpret the documents in ways that will engage their critical thinking skills, and let the students do the work of a historian when trying to establish facts and conclusions about the time period.

This DBQ is part of our class-produced multi-touch iBook. Available free at iTunes

Image credit: The Committee to Help Unsell the War

I completed this assignment while simultaneously writing my lesson plan, and I discovered that this process really helped me to focus and shape my lesson plans. By writing down the steps and goals of my lesson in a format more recognizable to me, I was able to clearly express those in my formal lesson plan. Besides narrowing my ideas, this assignment also helped me to examine critical pieces of the lesson (content, process, etc.) In this way I was able to objectively examine my lesson, and to visualize it from an outside perspective.

The most valuable experience however was when we brought in our lesson studies to class, and got to discuss them with our peers, it was helpful since we haven’t really gotten much time at all to share our ideas and strategies with the other students in the program. This assignment allowed us to do that, and using specific details from our teaching moments. Most everyone in the program have very good ideas and I would like to be able to continue to exploit that resource. There are also those who have much different strategies than I do, and I really like to see how other individuals approach teaching. I think it would be valuable to utilize the small groups more, as I can really gain an insight into the others’ strategies. Reconvening into a large class was nice, so we could hear what everyone was doing, but it wasn’t as revealing.

As a final piece to the assignment, I really think that reflection is very important for the learning process. In the moment of execution, I can list what went right or wrong, but I cannot clearly say why they went in either direction. It is important to take a moment and reflect on the experiences and actions of those moments, to achieve the greatest clarity possible.