This pre-assessment will ask 10th grade United States history and government students to corroborate details across three documents: the Virginia Statute for Religious Freedom (1786), George Washington’s Letter to the Hebrew Congregation of Newport, Rhode Island (1790), and the First Amendment to the United States Constitution 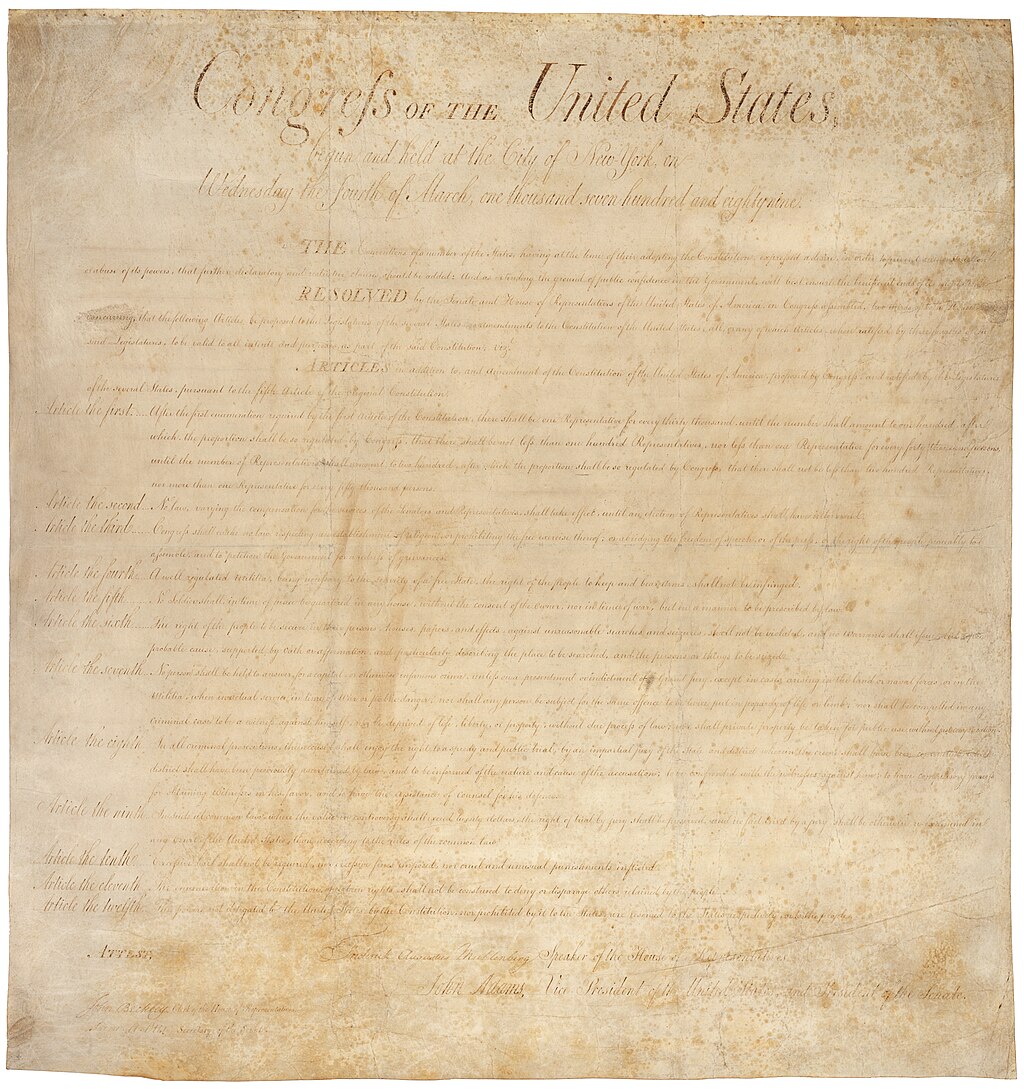 Having learned about the historical figures who authored the documents, as well as having some context on the evolution of the bill of rights, students should be able to correctly identify the author, voice, message, and significance of the documents.

a.  Virginia Statute for Religious Freedom (1786)

“…Be it enacted by General Assembly that no man shall be compelled to frequent or support any religious worship, place, or ministry whatsoever, nor shall be enforced, restrained, molested, or burthened in his body or goods, nor shall otherwise suffer on account of his religious opinions or belief, but that all men shall be free to profess, and by argument to maintain, their opinions in matters of Religion, and that the same shall in no wise diminish, enlarge or affect their civil capacities. And though we well know that this Assembly elected by the people for the ordinary purposes of Legislation only, have no power to restrain the acts of succeeding Assemblies constituted with powers equal to our own, and that therefore to declare this act irrevocable would be of no effect in law; yet we are free to declare, and do declare that the rights hereby asserted, are of the natural rights of mankind, and that if any act shall be hereafter passed to repeal the present or to narrow its operation, such act will be an infringement of natural right.”

b.  George Washington’s Letter to the Hebrew Congregation of Newport, Rhode Island (1790)

“…If we have wisdom to make the best use of the advantages with which we are now favored, we cannot fail, under the just administration of a good government, to become a great and happy people.

“The citizens of the United States of America have a right to applaud themselves for having given to mankind examples of an enlarged and liberal policy—a policy worthy of imitation. All possess alike liberty of conscience and immunities of citizenship.

“It is now no more that toleration is spoken of as if it were the indulgence of one class of people that another enjoyed the exercise of their inherent natural rights, for, happily, the Government of the United States, which gives to bigotry no sanction, to persecution no assistance, requires only that they who live under its protection should demean themselves as good citizens in giving it on all occasions their effectual support…”

“Congress shall make no law respecting an establishment of religion, or prohibiting the free exercise thereof; or abridging the freedom of speech, or of the press; or the right of the people peaceably to assemble, and to petition the Government for a redress of grievances.”

When I use this lesson in the classroom, I will use it as a pre-assessment before I begin a unit on the Constitutional Convention.  One of the major hurdles that the Federalists had to clear in order to sell the model of a constitutional republic was to ensure the preservation of civil rights.  An examination of the evolution of church/state separation is germane to the topic.  An assessment that will ask my students to give a close reading to these primary sources should “hook” them into listening to a lecture that will use the sources as a jumping-off point for examining the Anti-Federalist concerns that prompted the writing of the Bill of Rights.