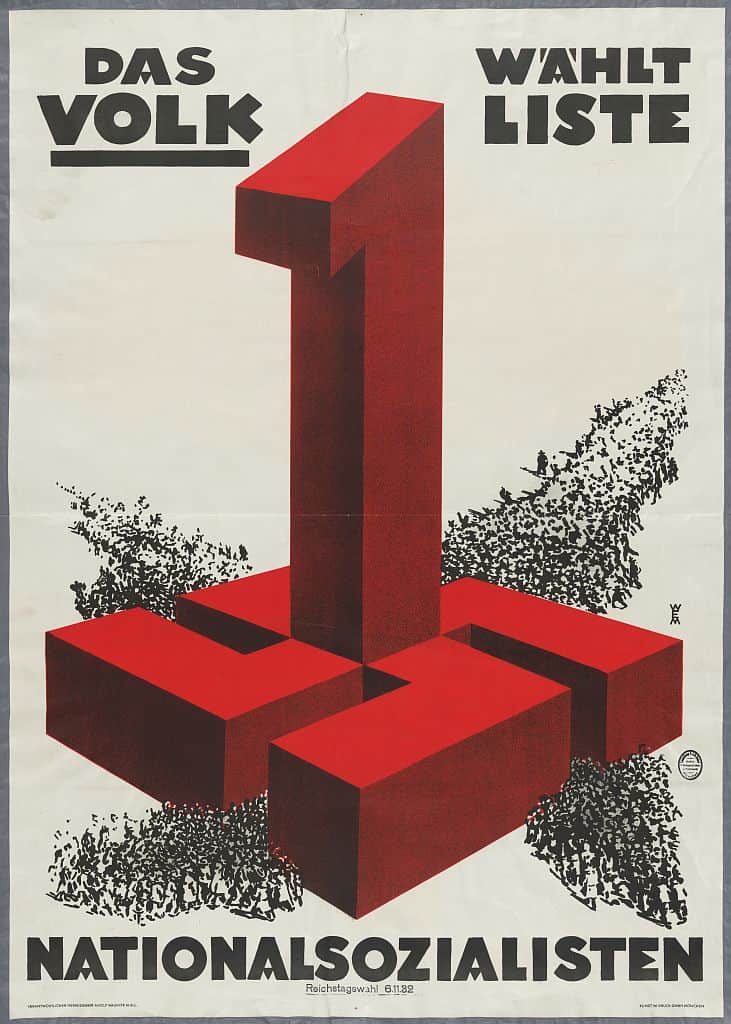 The poster above is a Soviet Union War poster created during the Second World War. It depicts a Soviet Soldier clad in the national army attire, and holding an assault rifle. In the background, we see that a factory is pictured to be working, to what appears is, full capacity. There are also female workers, who are shown in order to maximize the war efforts from the entire Soviet nation.

This portion of the image is very similar to the American version of Uncle Sam’s famous “I want YOU for U.S. Army” poster. The writing in the top right corner translates directly to “YOU.” They eyes and pointer finger are practically the same in terms of gesture and intensity. Obviously, this may have been a direct copy from the US in order to increase participation in the Soviet war efforts. A young boy or girl who may have seen this poster may have felt a personal responsibility to contribute whatever they could in order to. guarantee Soviet success.

This cropped portion contains writing which translates into something along the lines of, “what have you done (or helped) for the front.” The front in question is obviously the Soviet war front. Once again, the purpose of the poster is to create a personal responsibility for the success or failure of the war effort. This, like many propaganda posters, is meant to touch the hearts of citizens and create emotions like guilt, patriotism, and unity, in order for them to act accordingly to the party agenda.

The poster above is a political campaign poster created to entice German citizens to vote for the National Party, or in this case, the Nazi party. It is dated for June 11, 1932, which is a month and a half before the Nazi Party won a majority of the German house seats. This poster is a prime example of the unity and nationalism that the Nazi party attempted to create, and embody. Although it may not have always been as the poster suggests, the Nazi party could always count on propaganda to entice citizen action.

This cropped portion of the image shows crowds of people streaming into a swastika, which was the official sign of the Nazi party. This image is meant to show the overwhelming support of the National party, whether it was accurate or not. By creating a sense that masses of citizens are backing the Nazis, the party could create a sense of FOMO or unity, which could encourage many others to back the party by implementing a simple group think strategy.

This cropped portion of the image indicates a huge 1 which indicated multiple things. Not only was the Nazi party the listed number 1 on the ballots, but they were also creating a sense of greatness and foremost supremacy. Again, as with many propaganda posters, you do not need to be something, as much as you need to embody the image of being that something. The Nazi party may not have needed to be the greatest party at the time, but if their posters could create the sense that they were, then people were more likely to buy into the propaganda.