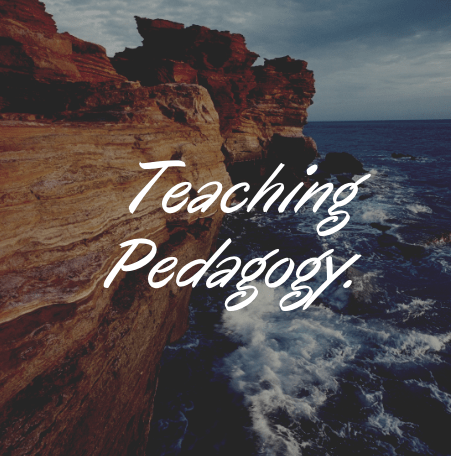 At the beginning of the year, I felt lost thinking about how I could create lessons that would be informative, while also engaging for my students. I wanted the students to be able to learn the necessary course content, while doing so in a way that was interesting to them. This all goes back to aspects of my teaching pedagogy that include creating a culturally inclusive and responsive classroom that uses technology to further help students learn what they need to, while taking a student centered approach to their learning.

While many teachers strive to make their classrooms culturally responsive, it can be hard to change what they thought was working for so long. I want my current and future students to always be thinking about how different events throughout history would affect different groups of people and why. I want to focus as much on the experience of minority groups because their stories are often brushed over in schools and sometimes even more interesting to students than the history that is followed throughout the textbook. Going into my student teaching classroom and future classrooms, I have already created and delivered a couple lessons that are culturally responsive and inclusive. For example, the final project that I chose to include for this class is one that was based off of lessons I taught in my student teaching placement about the 1920’s. Throughout this unit, the main question students were to be focusing on was “Were the 1920’s “Roaring” for everyone?” This question assumes that students understand that the in the United States, the 1920’s was a decade that was remembered as being a prosperous and favorable time for everyone that lived through it, when it was not the case. After each lesson, students were to add what they learned that day to the positive or negative column in their learning target notes and why the events they learned about that day affected different good positively or negatively. When I teach the 1920’s again in a future classroom that I am in, I want to try out the lesson that I created for my final project in this class. FINAL I think this would be an interesting way to test students understanding of the topic so far as a formative assessment or as a summative assessment at the end of the unit.

Another aspect of this class that I was nervous about was the use of technology. I know that I want my future classroom to make use of technology, but I was unsure of how I could incorporate it. One way I was able to incorporate technology around my lessons were through the use of interactive maps. I’ve learned how to incorporate lessons that are specific to the content my students are learning, but also other ways to look at data through websites such as, GapMinder, Google Trends, Chronicling America, Two Centuries of US Immigration, White Supremacy Mob Violence, and Mapping Green Book. In my classroom this past semester, I did a lesson during my 1920’s unit that incorporated the White Supremacy Mob Violence interactive map. I really liked how this lesson allowed students to be able to visualize where and to who all these mob violence attacks were happening. This allowed students to get a better understanding of what White Supremacy Mob Violence was and how it affected different groups of people. This helped my students synthesize the material we were learning and get a better understanding.

I also want my future classroom to be student centered. I’ve noticed throughout my time in the classroom that many students don’t respond well to 50-minute lectures, even though there needs to be some kind of lecture for introducing new information. While this is something that I’m still working on perfecting, this class helped me see a few ways to go about that. This is an aspect of my pedagogy that overlaps with other areas of teaching and learning as well, including the technology aspect of things. Using these specific maps in my teaching or having students work in groups together to accomplish little tasks together will be more beneficial to their learning. Another way I’ve gone about this in my student teaching already is to relate the past to more present events and problems. One of these lessons that I was able to try out in this class that helped me before going in to teach it to my students was comparing two songs, one from the time period we were studying and another more recent song from the past five years. This lesson allowed students to hear music from the time period we were studying and understand what was going on during that time, while comparing it to something they were more familiar with from a few years ago. The lesson can be viewed here. I really appreciated taking this class because it helped give me ideas for how to construct as well as accomplish lessons that I did not think I would be able to.