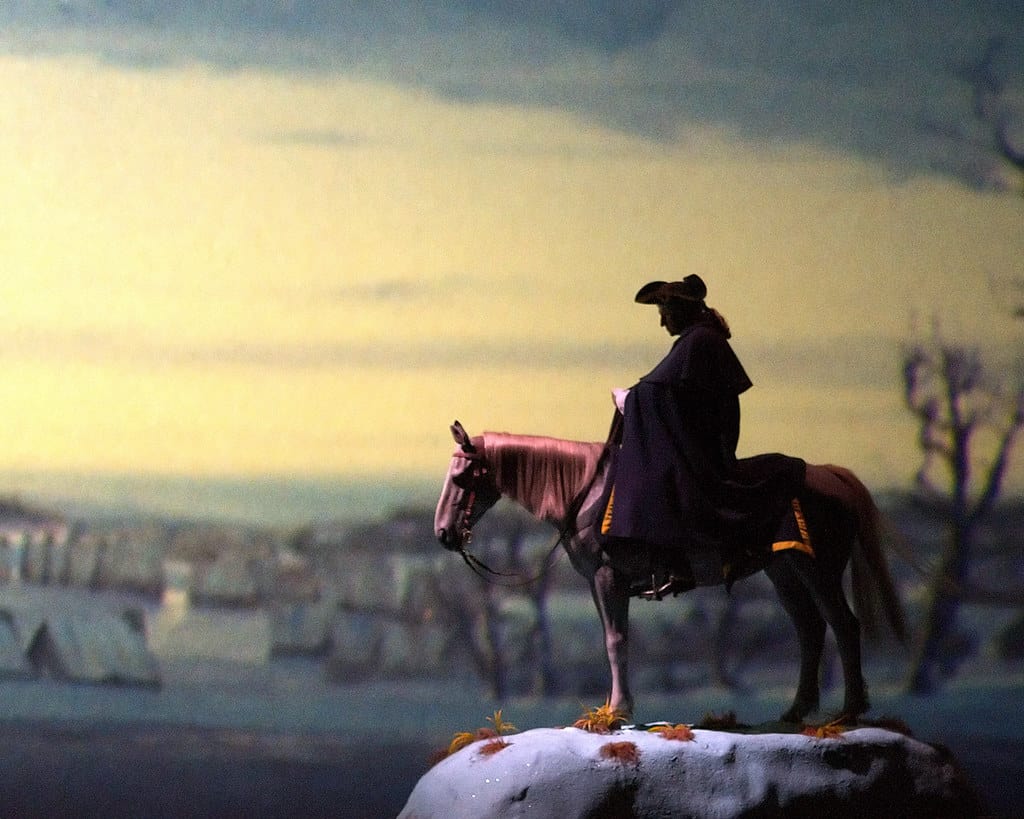 The following is a lesson plan designed for middle school aged students. It could be implemented in a U.S. History course when focusing on the American Revolutionary War. This lesson will take approximately 30 minutes to complete.

In this lesson, students are asked to analyze and interpret primary source documents in an attempt to understand George Washington’s role in the Battle of Trenton. Students will determine what evidence supports the portrayal of Washington as a war hero following this battle.

Students will be able to determine the role of George Washington in the Battle of Trenton by analyzing primary source documents.

Students will read three primary documents with the intention of gaining knowledge of George Washington’s role in the Battle of Trenton. The documents are listed and linked on this page under the “Resources” heading.

01. Students will watch a YouTube video that summarizes the Battle of Trenton. The importance of this battle in the larger Revolutionary War is highlighted in the video. (5 minutes)

02. Briefly discuss the content of the three primary documents (which students should have already read) with students. Have students assist in summarizing the main points and importance of each document. (5 minutes)

03. Show the students the two paintings of Washington in the Battle of Trenton. Explain that students will work in small groups to compare these paintings. In these small groups, students will create a T-chart that showcases the ways in which George Washington is depicted similarly and differently in these paintings. (These charts can be created as a poster, a worksheet, or digitally on a Google Doc or Slides.) After giving instructions, divide the students into groups of four. They will work together to complete this task. (10 minutes)

04. Bring students back into a whole group. Explain that students will now work independently to decide which painting they believe represents Washington’s role in the Battle of Trenton the best. Students will be asked to add a note on a Jamboard that explains which painting they chose and why. They need to think about what they know about the battle as well as the information they gathered from the documents. (If in person, students can add sticky notes to a whiteboard). (5 minutes)

05. Have students share their thinking. Engage them in a conversation, especially if opinions differ.