The following commentary addresses an 80-minute lesson designed for a 7th grade social studies class. The lesson is the first in a series of five concerning the Roman Empire and its decline. 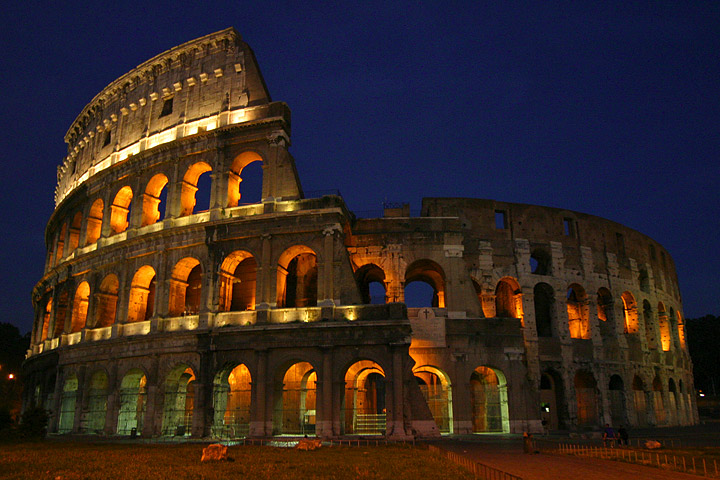 Over the course of this lesson, students will be asked to participate in a teacher-led, slideshow-driven class discussion before applying knowledge acquired in that discussion to a small-group activity.

The main activity included in this lesson requires students to work together in small groups to interpret a detailed topographical map of the Roman Empire. Consequently, the lesson requires a map, assigned points of destination and origin for each group of students, colored pencils, and notebook paper for responses. The entirety of this lesson will take place during the block period.

Students will be assigned one of four roles within their group and what they produce will depend upon their assignment. One student, the group’s Artist, will plot the group’s route between cities on a map. The group’s Response will produce a one-paragraph written justification or explanation of the group’s route. The group’s Speaker will deliver a one-minute speech to the class explaining the choices the group made and the group’s Administrator is tasked with both assigning roles to her or his group members and writing a paragraph describing how the group worked together to come to agreements.

Student learning will be assessed by the teacher according to their assigned responsibilities using rubrics customized for the unique responsibilities of each. Each rubric directs the rater to look for clear evidence that the student successfully interpreted symbols on the map, distinguished between potential paths to completing the assignment, and can describe the reasons the group had for selecting the route it settled on.

To what extent do students have options or choices regarding these lesson components?

Students have significant autonomy with regard to which of the four roles they adopt for the activity, although for groups of four students, final say over role assignment is granted to the group’s administrator.

Reflection: Having had the opportunity to discuss this lesson with my peers, it seems that this lesson has the potential to achieve its goals. Conversely, while the lesson is serviceable and nicely connected to students’ prior work in the class, it isn’t especially exciting. Any feedback that could help add some energy to this lesson is welcome.