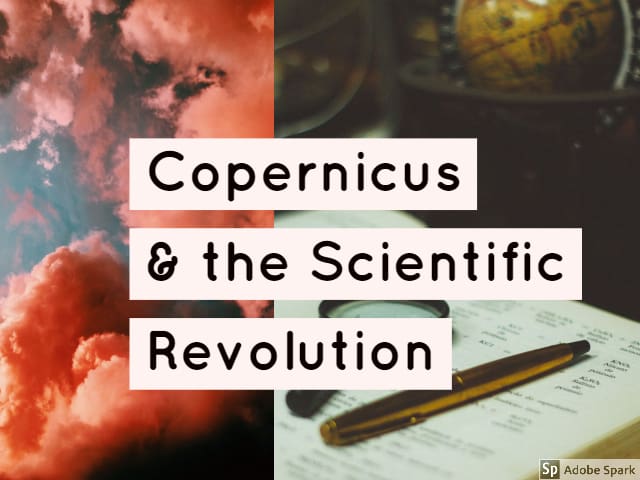 Students will already have background knowledge of the middle ages and the influential role the church had in Europe, from previous lessons.

The first picture comes from a book written in 1543 by Polish astronomer Nicolaus Copernicus, called “On the Revolution of the Celestial Spheres”.  Copernicus is typically thought to be the man whose ideas sparked the Scientific Revolution. 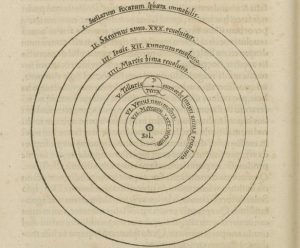 Title: On the Revolution of the Celestial Spheres
Author: Nicolaus Copernicus
Year: 1543
Link to source 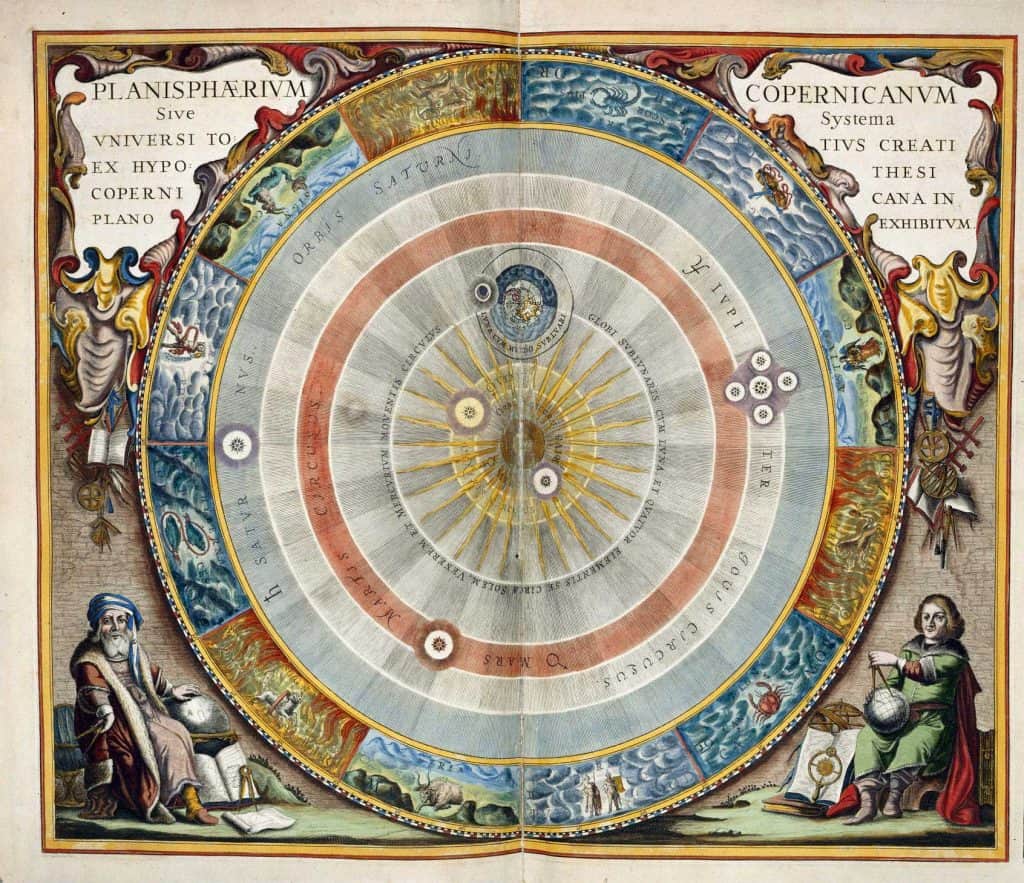 Title: Universe on the Model of Copernicus with Sun in Center
Artist: Andreas Cellarius
Year: 1660
Link to image source

Both pictures display Copernicus’ heliocentric model of the universe. Students will observe and notice the sun is in the center of these maps.

Questions for students to answer:

Before doing this assignment, I had not given much thought to these historical thinking skills. Of course, I was aware of them, but I had never thought about how I would implement these skills in my class, or even the importance of these skills. With contextualization, I believe it gives students a chance to get the “big picture”. It forces students to think not just about the document in front of them, but also what is going on in the world during this time, in turn creating a more colorful story.

Looking at Copernicus’ pictures, students realize their significance when they put it in the context of 16th century Europe, where the ideas of the church rule the land and we are thought to be the center of the universe, and how revolutionary Copernicus’ ideas were.

When students are pushed to think deeper into history, not only will they learn more, but I believe they will also enjoy the process of learning.

2 Replies to “Copernicus & the Scientific Revolution”