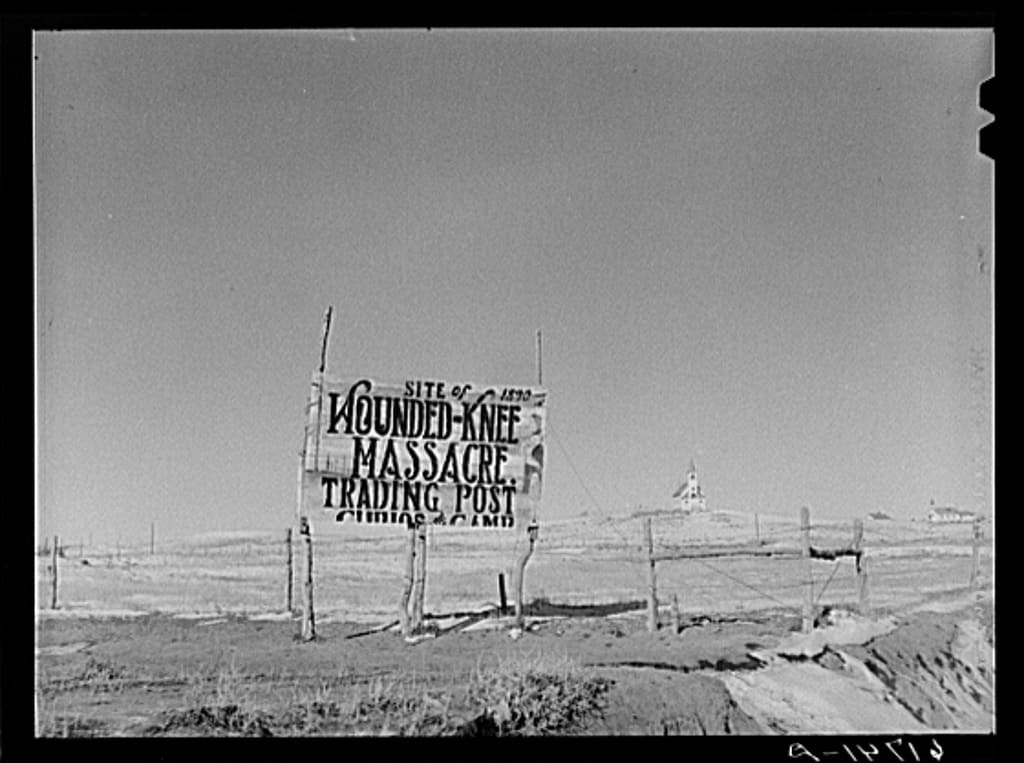 This DBL, geared towards a high school level history class, is focused on the Wounded Knee Massacre of 1890. This lesson could close out a westward expansion unit, be apart of an imperialism unit, or even tie into a broader theme of media and/or military bias. The inspiration for this lesson comes from a paper I wrote during my undergrad (whaddup Dr. Slater) where the main focus was an analysis of the media’s (which at the time was really just various newspapers) portrayal of the events leading up to the massacre on December 28th, 1890. For the sake of this lesson, the scope has been broadened to include various military correspondences and additional photographs in order to highlight dissenting points of view that potentially contradict the narrative that might be too often taught.

All throughout the 19th century, indigenous peoples were steadily removed from their lands, whether forcibly, selling the lands to the government, signing treaties they understood very little of, or just plain old colonization and conquest on the part of the American government and its citizens and armed forces. By the end of the 1800’s, it was clear to them that their culture and way of life was under threat of being eliminated. In addition, the once plentiful bison herds of the mid-west was all but decimated, depriving many tribes of their main source of sustenance and forcing them to rely on the American government for aid since they knew no other way of life.

Rumors began circulating within various tribes, including the Lakota and the Sioux, that Jesus Christ would be reincarnated as a Native American and rid them of the Westerners. This prophet was heralded by what came to be known as the “Ghost Dance”, a special ceremony, dance, and belief system that swept through many plains reservations at the time. Whether the majority of the Ghost Dance followers actually believed it would be Jesus Christ that would save them or if the Messiah’s appearance in this ordeal was just a symptom of the western religion’s spreading influence is unclear, what is sure is that many indigenous people saw this new movement as a way to reconnect to their dying way of life.

Americans, on the other hand, saw the “Ghost Dance” as something more insidious and feared that this new movement was a prelude to a last stand of sorts, or potentially a widespread war. Many settlers became very alarmed at the sight of hundreds of indigenous people engaged in what was perceived as a “war dance” and pleaded with the Army to put a stop to the hysterics. Indian Police then decided to arrest Chief Sitting Bull in South Dakota in order to put a stop to the movement, but an altercation ended with his death instead. This then sent off other tribes, who saw the event as them being hunted down by the Indian Police and the Army.

These event culminated in roughly 350 Lakota being cornered along Wounded Knee Creek in the Pine Ridge Reservation by the 7th Calvary. In an attempt to confiscate their weapons, an apparent misunderstanding with a deaf Lakota led to a rifle being mistakenly discharged. Unfortunately, with nearly 500 Army troops and 4 rapid-fire guns trained on the Sioux, bloodshed quickly ensued, leaving 90 Lakota men and 200 Lakota women and children dead, while the Army suffered only 25 fatalities.

Using the various documents provided, piece together the events directly leading up to the massacre as well as what took place afterwards. Pay close attention to any biases in the documents and write about them as well. Then, answer the essential questions below.

How did the attitudes and biases of the military and the media shape the events of the Wounded Knee Massacre?

How did the conditions on the ground lead to the massacre taking place?

How do the voices not heard in these documents effect how this event is presented in the historical record?

What is this correspondence saying? Who do you think the intended audience is?

What might this person be referring to when he talks of “Squaws death chant”?

This telegram was sent in the aftermath of Sitting Bull’s death. Knowing this, how do you think his death has affected the native population around him and his troops? Could what this person is observing merely be mourning, or maybe something more?

Who would be the intended audience of this article? What message is the reporter trying to get across? Use specific examples from the article.

What are your immediate observations looking at this photograph? What does it look like they are doing? What kind of dress are they wearing?

While this is a very old photograph, there is indeed snow all around them. How might have these blustery conditions led to the massacre?

Who is the intended audience of this news article? Who is the author focusing on in their reporting? how might their reporting influence reader’s opinions of the events? Use Specific details from the article to back up your claim.

What biases does this artist have? How might what is depicted in this illustration differ from other accounts?

One Reply to ““Decidedly Sensational” – The Wounded Knee Massacre of 1890”