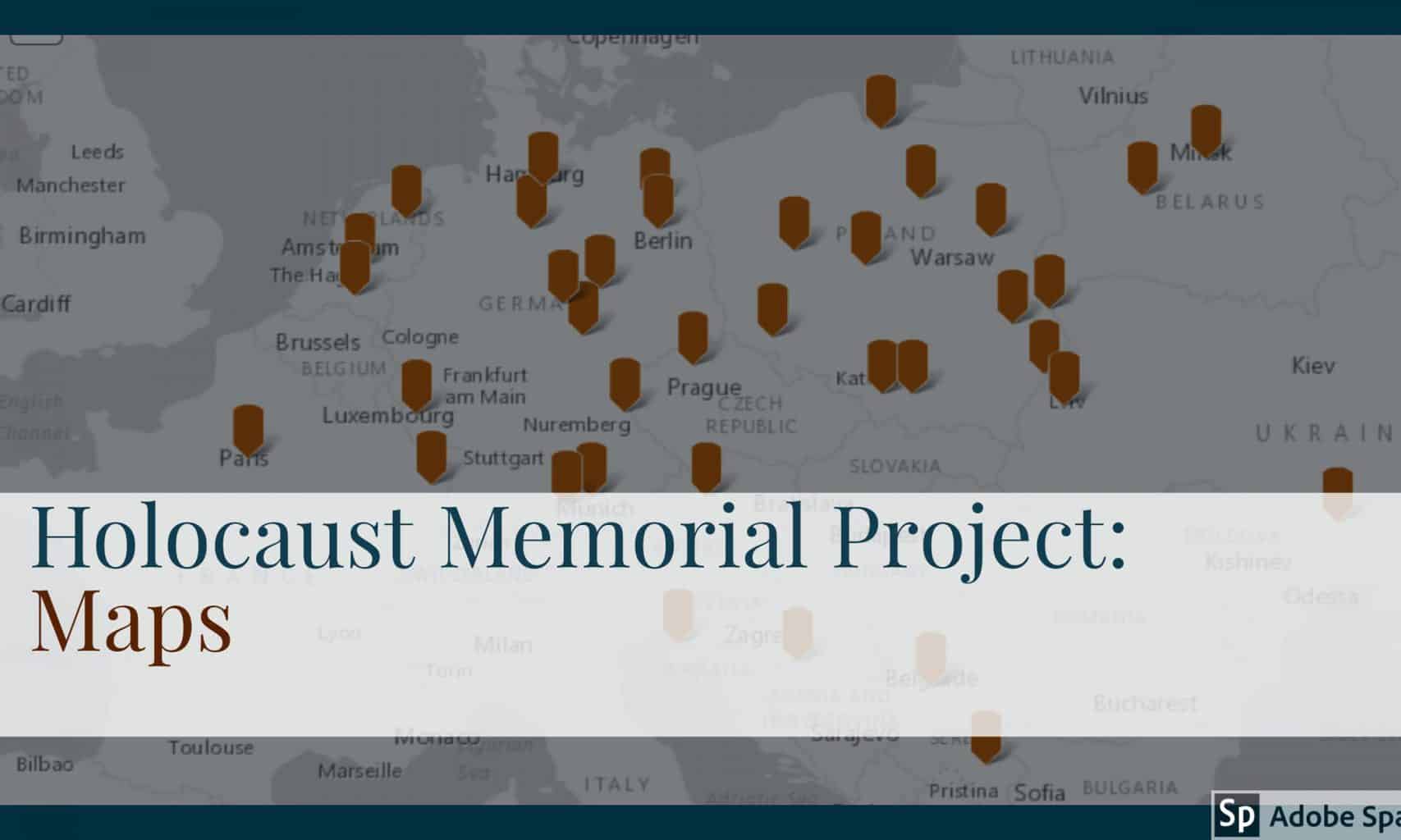 This semester, our class created a website for the Oregon Holocaust Memorial. This project, in conjunction with the Oregon Jewish Museum, was designed for use by teachers wanting to take their students on field trips to the memorial. Other visitors could also use the website to gain further background knowledge of the Holocaust and some of the survivors memorialized. For my contribution, I created maps to illustrate the location and death information of concentration and extermination camps in Europe, and the expansion of Nazi Germany throughout World War II.

I used ArcGIS Story Maps to create this map of concentration camps throughout Europe. I used data provided by the Oregon Jewish Museum to input location and death data for each camp, and found photos from each camp online. The embedded version does not look as nice as the original; click here for a direct link.

The map of German expansion during WWII was created with Knight Lab’s Juxtapose program. I found blank maps of Europe online and color coded the countries to represent German states and allies, as well as Ally associated states and countries.