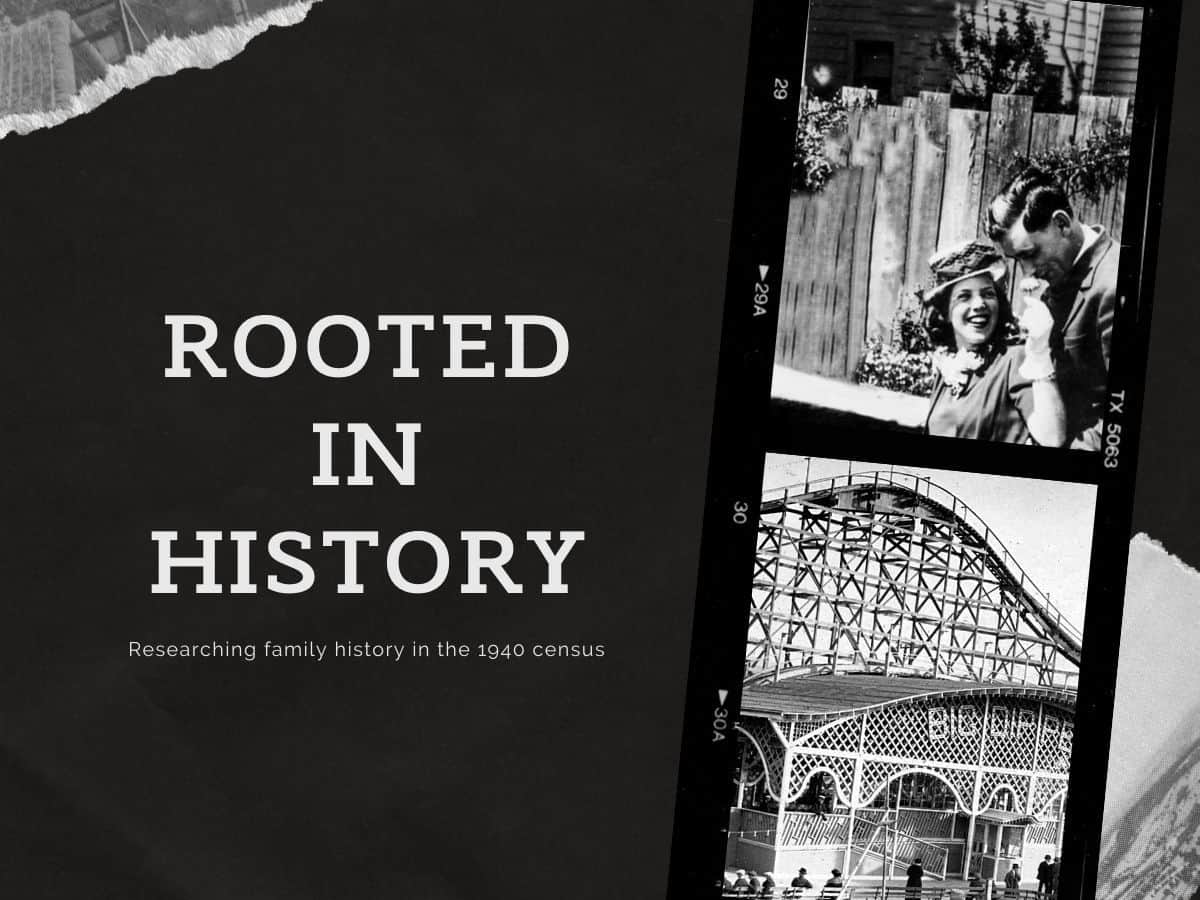 The story goes a little something like this. Sometime in the late 1800’s a young Greek merchant, named Demetrius Vavourakis, from the small village of Kria Vrisi (Κρύα Βρύση), Crete met Alouisa Kopp, an accomplished violinist in a traveling orchestra in Athens. The two fell in love and became married. However, all was not well. The mixed Greeco-Austrian, Orthodox-Catholic marriage saw both Demetrius and Alouisa become estranged from both their cultures and they sought to start somewhere new. Demetrius sold his ships and along with Alousia moved to the U.S. in 1904, before relocating to the foggy shores of San Francisco. Demetrius Vavourakis changed his name to James Nicholas Vavuris, and he and Alouisa raised their family of 10, the youngest being my grandfather, Paul. (To my aunties who may see this post, my apologies if I have misrepresented family history!)

As soon as I started looking at the HOLC maps and 1940s census data, I was interested in investigating family history. I knew that my grandfather and his siblings lived in San Francisco in 1940. Just a few years after the census, he and two of his siblings would ship out to fight in World War II and my great grandfather would pass away just months before the end of the war. I assumed that my family would have resided in San Francisco’s Greektown neighborhood, which according to the San Francisco Chronicle, was located in the working-class South of Market Street area, around Third and Folsom street. Greektown is actually not identified on the HOLC Mapping Inequality map, however, I imagine it would be classified similarly to D11, nicknamed “Little Europe.” According to the HOLC files, this district is composed of approximately 130 blocks and inhabited by second-generation immigrants from Italy and parts of Europe, who worked as laborers, factory workers, and service employees. A standard 6 room home in this region cost $3750 in 1940, and would have rented for $37.50 a month.

Like many immigrant communities, The Greek enclave in San Francisco was formed by the necessity of recent Greek immigrants to rely on each other, particularly after the 1906 San Francisco earthquake and fire, which resulted in a large number of jobs for rebuilding the city. The San Francisco Chronicle article notes that around 1930, roughly 5,922 Greeks lived in the city, however, by around 1945, many of the Greek residents of San Francisco had begun to move into the middle class and relocate away from Greektown.

After talking to my dad, I learned that my family actually lived on 47th Ave in San Francisco, near Golden Gate Park, Sutro Heights Park, and a former boardwalk amusement park, known as Playland, where my great grandfather ran a concessions stand.

The 47th ave house is located in San Francisco’s B1 neighborhood. I found it interesting to see how the majority of San Francisco’s declining and redline neighborhoods lay in the city’s interior, near ports and dockyards, where many may have worked. By contrast, the B1 neighborhood is as far from the city center as one could be on the peninsula. The HOLC description for the neighborhood notes that it is a residential neighborhood inhabited by medium income group professionals and “white collar” workers, with “no threat of undesirable racial influences.” Homes in this area cost $4,000-$7,000 or rented for $65 a month. The HOLC designation notes that some parts of the neighborhood could be classified as “high yellow” in areas that are showing signs of decline or “low green” in areas neighboring Golden Gate Park.

The red x on the above map shows the approximate location of my grandfather’s home in San Francisco in 1940. I decided to see if I could find my family listed in the 1940 census, and after a long series of clicking through pages, I finally saw a familiar name.

My great grandparents owned their home as one of the few immigrant families on the block. Looking at the census records, I see that one of their neighbors was originally from Germany, and I wonder if my great grandmother visited her to speak her native tongue. It was in the front yard of this house that my grandfather and his siblings made candied apples to sell at my great grandfather’s concessions stand. Their house was appraised at $6,500, falling with in the higher end of the median housing cost according the redlining map. Today, that same house is worth $2,390,794, according to Zillow!

The San Francisco house, my great grandparents, and even my grandparents are now gone, however, the family legacy remains deeply rooted in the Bay Area. Of my great grandparents’ children, I was named after my grandfather’s older brother, Nicholas, who died in a tragic car accident on his 12th birthday. Due to superstitions around what many felt like was my uncanny resemblance to my namesake, I was forbidden to cross the street on my 12th birthday.

Just a few short years after the 1940 census, my grandfather and 2 of his brothers would ship out to fight in World War II, where all three would thankfully survive. My grandfather and my grandmother would proceed to have nine kids of their own, who they would raise south of the bustling city in the (then) quiet orchard town of Palo Alto. To this day, the extended family remains close – booking an entire venue for massive family reunions that typically number in the hundreds.

I am left to wonder how things may have been different if my great grandparents had chosen to settle in the Greek neighborhood. Would they have had the same access to public services, such as school, in the presumably worse off neighborhood? Did my grandparents’ Greek identity prevent them from obtaining a mortgage in the better-off B1 neighborhood due to mortgage regulations of the time related to ‘subversive immigrants,’ and if so, did they buy with cash?

Ultimately, unless one of my aunties reaches out to request corrections, I am unlikely to find the answers to these questions. But seeing my family in a historic document, in the context of the mortgage practices of the time, has certainly given me much to think on.

Where were your family in 1940, and how did the census and housing policies of the time impact them?

Cover photo: Image of my Great Aunt and Great Uncle outside the 47th Ave house & the Big Dipper at Playland

4 Replies to “Rooted in History: Finding Family History in the 1940 census”