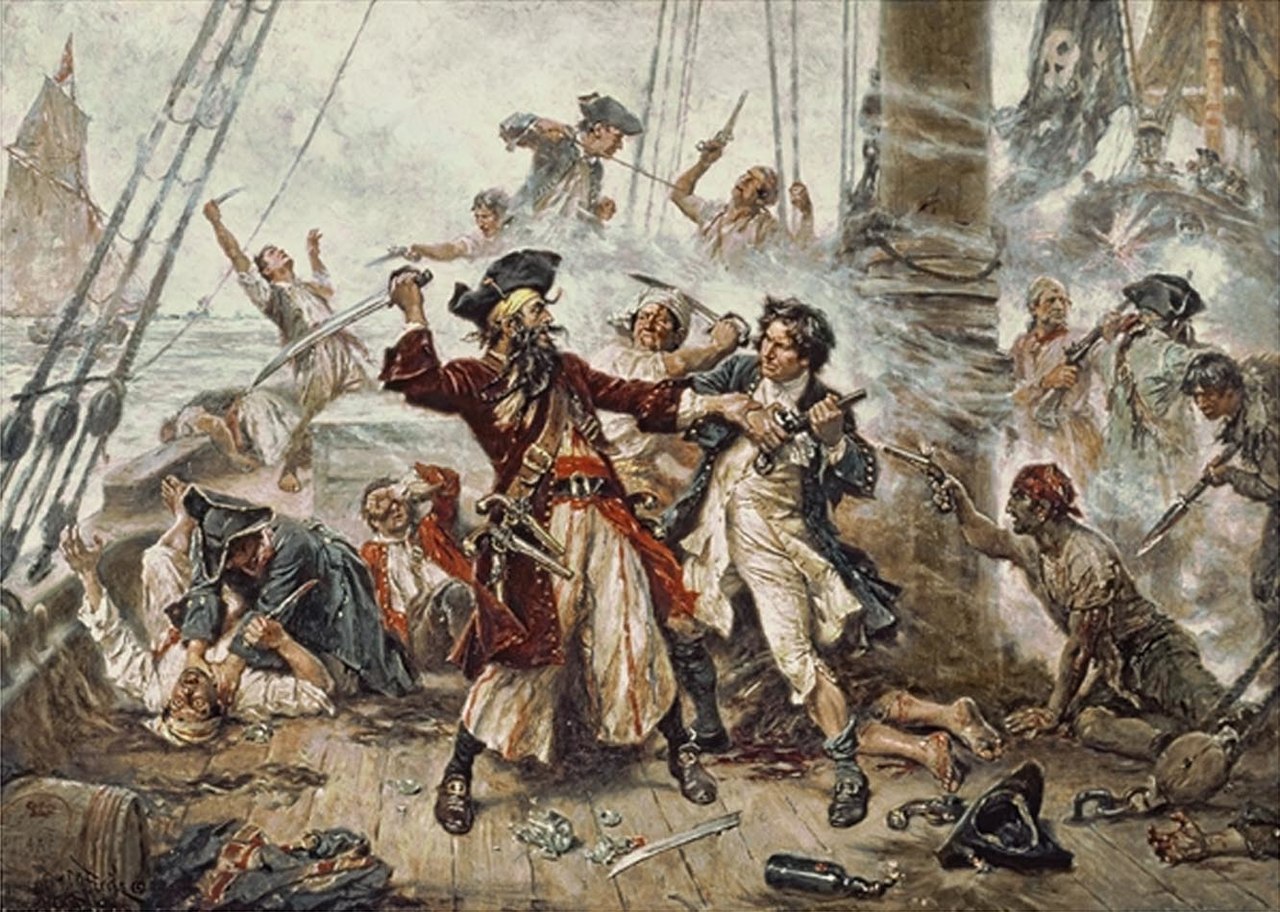 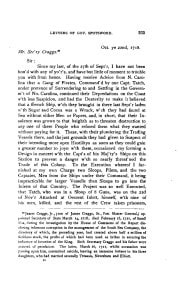 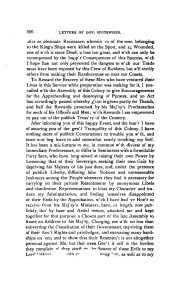 “… Governour Spotswood of Virginia fitted out two Sloops, well manned with Fifty pickt Men of His Majesty’s Men of War lying there, and small Arms, but not great Guns, under the Command of Lieutenant Robert Maynard of His Majesty’s Ship Pearl in pursuit of that Notorious and Arch Pirate Capt. Teach, who made his escape from Virginia, when some of his Men were taken there, which Pirate Lieutenant Maynard came up with at North Carolina, and when they came in hearing of each other, Teach called to Lieutenant Maynard and told him he was for King GEORGE, desiring him to hoist out his boat and come aboard. Maynard replyed that he designed to come aboard with his sloop as soon as he could, and Teach understanding his design, told him that if he would let him alone, he would not meddle with him; Maynard answered that it was him he wanted, and that he would have him dead or alive, else it would cost him his life; whereupon Teach called for a Glass of Wine, and swore Damnation to himself that he either took or gave Quarter.

“Then Lieutenant Maynard told his Men that now they knew what they had to trust to, and could not escape the Pirates hands if they had a mind, but must either fight and kill, or be killed; Teach begun and fired several great Guns at Maynard’s Sloop, which did but little damage, but Maynard rowing nearer Teach’s Sloop of Ten Guns, Teach fired some small Guns, loaded with Swan shot, spick Nails and pieces of old Iron, in upon Maynard, which killed six of his Men and wounded ten, upon which Lieutenant Maynard, ordered all the rest of his Men to go down in the Hould: himself, Abraham Demelt of New York, and a third at the Helm stayed above Deck.

“Teach seeing so few on the Deck, said to his Men, the Rogues were all killed except two or three, and he would go on board and kill them himself, so drawing nearer went on board, took hold of the fore sheet and made fast the Sloops; Maynard and Teach themselves then begun the fight with their Swords, Maynard making a thrust, the point of his Sword went against Teach’s Cartridge Box, and bended it to the Hilt, Teach broke the Guard of it, and wounded Maynard’s Fingers but did not disable him, whereupon he Jumpt back, threw away his Sword and fired his Pistol, which wounded Teach. Demelt struck in between them with his Sword and cut Teach’s Face pretty much; in the Interim both Companies ingaged in Maynard’s Sloop, one of Maynard’s Men being a Highlander, ingaged Teach with his broad Sword, who gave Teach a cut on the Neck, Teach saying well done Lad, the Highlander reply’d, if it be not well done, I’ll do it better, with that he gave him a second stroke, which cut off his Head, laying it flat on his Shoulder, Teach’s Men being about 20, and three or four Blacks were all killed in the Ingagement, excepting two carried to Virginia: Teach’s body was thrown overboard, and his Head put on the top of the Bowsprit.”

Printed in The Weekly Journal, or British Gazetteer, 25 April, 1719:

“I sail’d from Virginia the 17th past, with two Sloops, and 54 Men under my Command, having no Guns, but only small Arms and Pistols. Mr. Hyde commanded the little Sloop with 22 Men, and I had 32 in my sloop. The 22d I came up with Captain Teach, the notorious Pyrate, who has taken, from time to time, a great many English Vessels on these Coasts, and in the West-Indies; he went by the name of Blackbeard, because he let his beard grow, and tied it up in black Ribbons. I attack’d him at Cherhock in North Carolina, when he had on Board 21 Men, and nine Guns mounted. At our first Salutation, he drank Damnation to me and my Men, whom he stil’d Cowardly Puppies, saying, He would neither give nor take Quarter. Immediately we engag’d, and Mr. Hyde was  unfortunately kill’d, and five of his Men wounded in the little Sloop, which, having no-body to command her, fell a-stern, and did not come up to assist me till the Action was almost over. In the meantime, continuing the Fight, it being a perfect Calm… I boarded his Sloop, and had 20 Men kill’d and wounded. Immediately thereupon, he enter’d me with 10 Men; but 12 stout Men I left there, fought like Heroes, Sword in Hand, and they kill’d every one of them that enter’d, without the loss of one Man on their Side, but they were miserably cut and mangled. In the whole, I had eight Men killed, and 18 wounded. We kill’d 12, besides Blackbeard, who fell with five Shot in him, and 20 dismal Cuts in several Parts of his Body. I took nine Prisoners, mostly Negroes, all wounded. I have cut Blackbeard’s head off, which I have put on my Bowspright, in order to carry it to Virginia. I should never have taken him, if I had not got him in such a Hole, whence he could not get out, for we had no Guns on Board; so that the engagement on our Side was the more Bloody and Desperate.”

Benjamin Franklin never published his ballad, only referring to it in his autobiography.  However, in his collection The Papers of Benjamin Franklin, Leonard W. Laboree provides one stanza given to him by George Hayward, a Boston physician and contemporary of Ben Franklin:

“So each man to his gun,
For the work must be done,
With cutlass, sword, or pistol.
And when we no longer can strike a blow,
Then fire the magazine, boys, and up we go!
It’s better to swim in the sea below
Than to swing in the air and feed the crow,
Says jolly Ned Teach of Bristol.”

I am excited to have an opportunity to teach this lesson, as I think it has great promise to generate some interest.  The swashbuckling affair that was the Battle of Okracoke Inlet takes advantage of the inherent coolness of pirates, and is balanced nicely by tying in the impact on Benjamin Franklin.  This helps ground the fanciful world of the golden age of pirates in reality, and demonstrates that these people and events had a real impact on American society in the 18th century.

I would like to have found online documents for the Boston-Letter article and the printing of Lt. Maynard’s Letter, however my internet research skills did not prove proficient.  Regardless, in this case the content of the documents is the interesting part, as it’s never too difficult to get kids to read about dramatic battles, even if they are written in Olde English.

I found the process of creating this lesson very exciting as I became more of an expert on Blackbeard.  The investigatory nature of sifting through the accounts gave me a real “history-detective” feeling, and stimulating similar sensations in students will help make this lesson more impactful.  If students can learn and participate in detailed investigations of primary sources while being entertained by the novelty of pirates, I think my work here is done.

3 Replies to “The Death of Blackbeard”