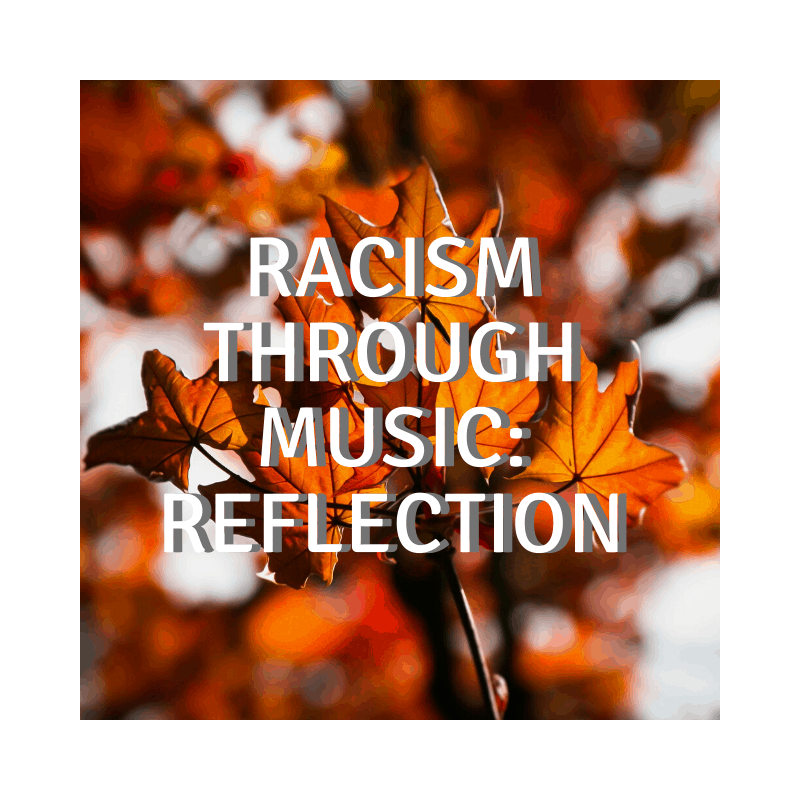 It was interesting to get feedback on this lesson. I chose to use the Kendrick Lamar song because I wanted to test it before I used it in my classroom. I have since found a song that does a better job comparing to “Strange Fruit” and I think I will use that song for my lesson instead. I got a lot more hesitant and negative reactions than I thought I would and have since wondered if that would have been the case had I changed the modern day song to compare “Strange Fruit” too. I think my own bias on what my classroom looks like and the classrooms I have been educated in created a comfortability for myself in talking about really heavy topics such as the racism, lynchings, and violence that are sung about in each song. I think that is where many people’s hesitation came from and am interested in seeing how this lesson works in classroom. I think I needed to refine my discussion questions a bit further, but also know that many people were just shocked that I was sharing this song, which surprised me. As surprised as I was, it was good for me to get that reaction so that I’m aware that not everyone would take this topic the same way. Racism and violence are still very present and prevalent in our world today and highlighting people’s experiences throughout history should not be something we shy away from as educators. Creating spaces for students to hear people’s experiences around problems such as lynching and racism is important for them to realize how big of a problem it is, even if it does not affect them directly.

One Reply to “Understanding Racism through Music – Reflection”