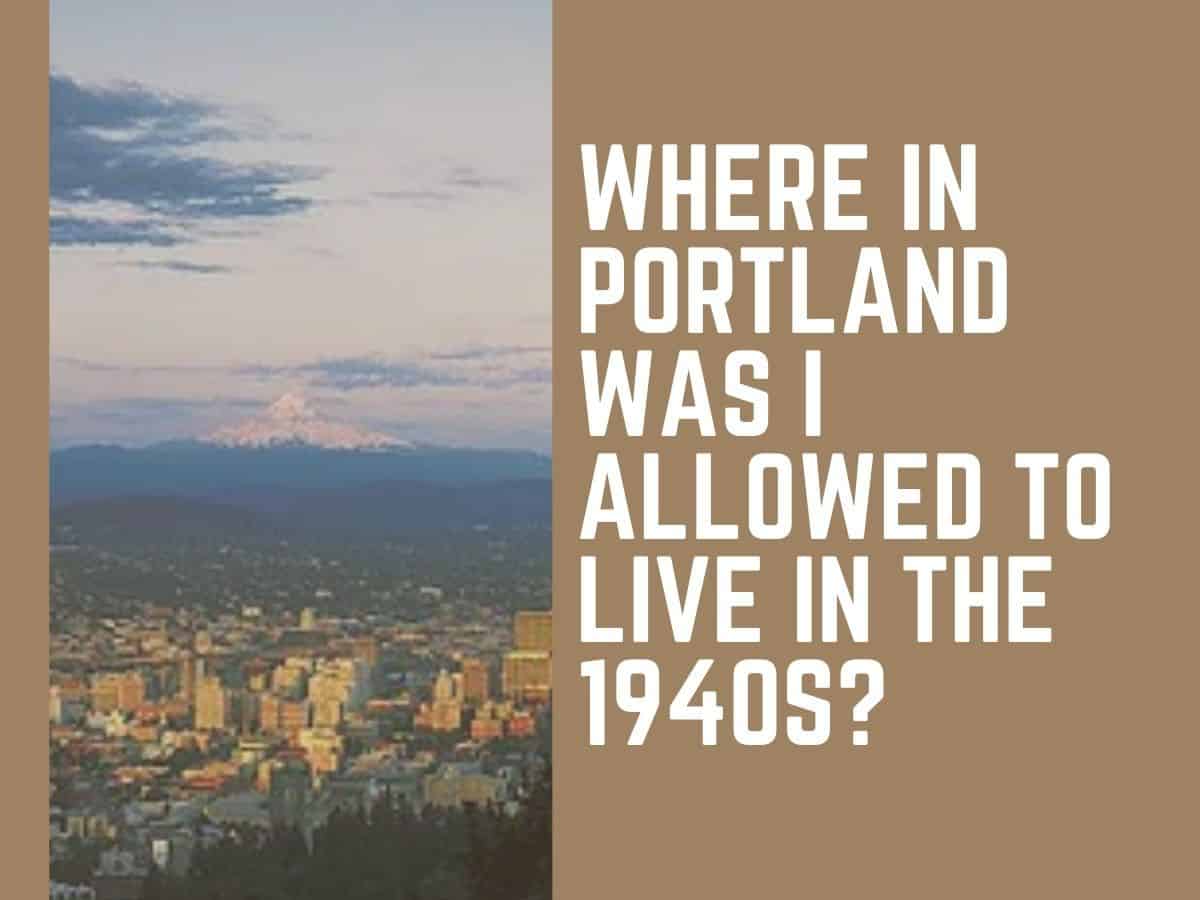 Oregon, a beautiful state and a wonderful home, is plagued with a racist past that seems to be rarely acknowledged. Originally founded as a free state was only free because it did not allow any Black people to live there at all. Other ethnic groups such as Asian people were not all that welcome either. In 1926, the state repealed its Exclusion Law which then allowed Blacks to live in Oregon. However, White Oregonians did not want to live in mixed neighborhoods. Then, came in redlining. On the map, it shows that blue and green areas are the best places to live while the yellow and red are not.

So, let’s go back in time to 1940 where, an Asian American woman, I was allowed to somehow work on the railroads. Of course, with 2 kids, I would like to live in a good area. Giving the kids a good home with a good school was the whole point of me immigrating to the U.S. It is interesting that the green areas on the map are far from my workplace. I guess the next best thing could be this Irvington neighborhood.

Let’s see what the security map says about pros and cons:

I found a house for sale on N.E. 22nd Ave… The previous owners were tailors and stock-keepers. The neighborhood seems consistent with businessmen, white-collar workers. I’m not sure I’ll be able to afford this.

I think I found another home in the lower Albina (outlined in bolded lines).

Here are some Pros and Cons about Lower Albina from 1940:

I wonder why these cons seem so deterring for me. I guess the home is within my price range and my ability to get a loan. The previous owners held jobs such as housekeeper and cook. Though I wish I could live in the Irvington area, I guess I’ll settle for the Lower Albina area.

Back in the present-day: Based on the data from the security maps, it is easy to understand that the areas in the blue area in nicer areas, dominantly White communities. In the communities where there are people of color, the communities would progressively be less as valuable. Using the pros and cons of information from the security maps can show a better comparison of how the HOLC viewed the different parts of Portland. In the end, as an Asian-American. I would have a hard time finding a home in a good area where I would want, though I would likely want to be close to my ethnic community.