I found creating a TEDed flipped lesson to be both challenging and interesting. As a future teacher, websites like TEDed present the possibility for students to take their learning into their own hands, especially when showing that they can be responsible for what they learn content-wise.  Flipped lessons, while versatile, don’t easily lend themselves to those students who do not have internet access. I do find it to be an interesting site in terms of supplementing content and classroom time. I feel like it would be great for reviewing information.

In my lesson, I used a Crash Course US History video on the American Revolution as my flipped lesson. This particular lesson was challenging, because the video is 11 minutes long, and making sure that the “Think” section had different multi-choice questions on each part of the video was difficult. I feel like TEDed works perfectly if you have the precise video and have gone over the information in class before.

While I find that these flipped lessons give me the chance to think deeply about what I believe to be important information for my students to know, it is also difficult to create. The difficulty comes in part from having to watch these videos and having to scrounge for the exact points I want the focus to be on. While it might not sound difficult, it actually is, as  I noticed when working on my previous mentioned flipped lesson. The particular video I used contained a lot of fast talking and a lot of information.

If I were to use TEDed in my classroom, I would want it to be used in a situation where it would serve as review or prove to be supplemental. I believe that TEDed could be well used more in the supplemental area, because it would allow those students who might not have understood in class the chance to hear information from a different source and manner. In that manner, students also become enabled to work at their own pace, which is especially good for those students who like working at a slow pace.

While it might not be my first choice in creating new kinds of interactions in the classroom, I definitely look forward to the possibilities created by the use of TEDed flipped lessons. 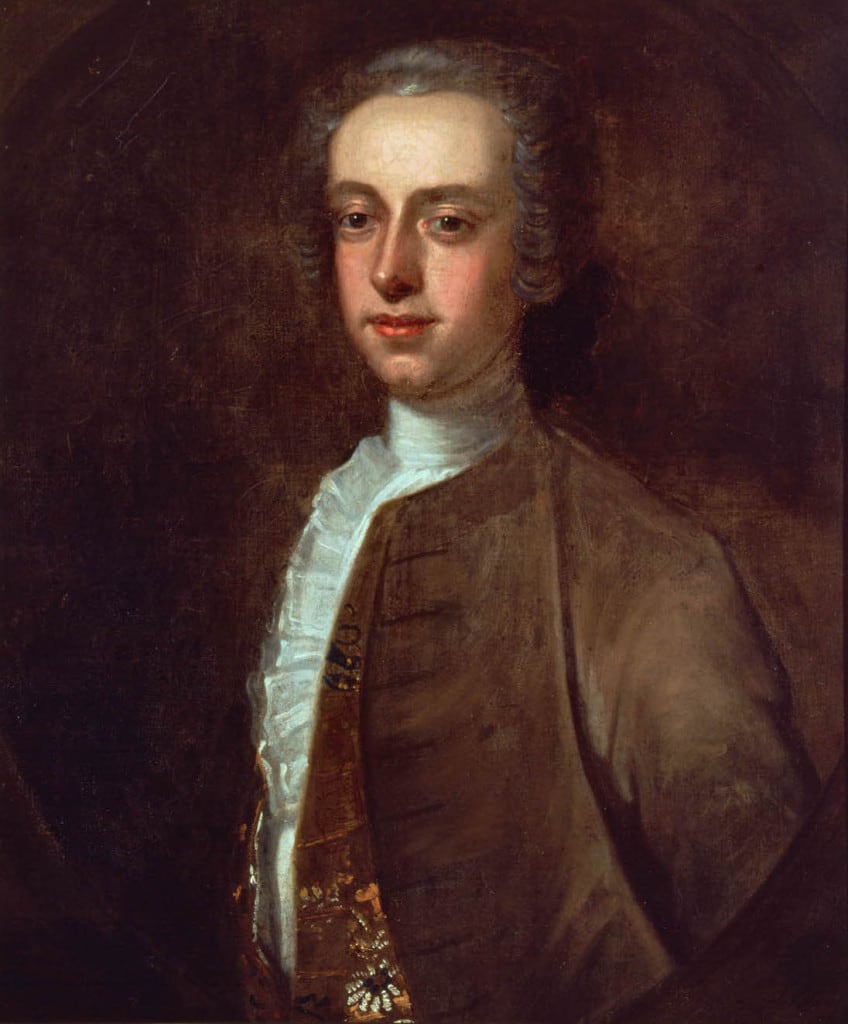 Lesson Context: This lesson is intended to conclude discussion of the loyalists as a part of the American Revolution. The lesson asks them to analyze different images from the colonial period to get a better understanding of loyalism and its impacts in the American colonies.

Essential Question:Was Thomas Hutchinson the villain that many American patriots made him out to be or was he an American hero?

Scaffolding Questions (used for both images):

Rationale: Students will be encouraged to consider the types of images and metaphors that each artist uses to describe Thomas Hutchinson in each image. Students should compare/contrast them.

What has changed from image 1 to image 2?

What was going on in the colonies and Great Britain between 1774 and 1775, when these two sources were published?

What other questions would you ask about these sources to better understand Thomas Hutchinson as a historical figure?

Based on discussion and students’ answers to the scaffolding questions for each individual image, students should chose the image they find more compelling, and create their own image that reflects similar themes.  For instance, if they decide that loyalists such as Thomas Hutchinson were patriots who wanted freedom but also wanted to maintain relationship with Great Britain, they would choose the second image, and use similar metaphors in their own drawing.

With this particular lesson, it is important to bring the two historical thinking skills (contextualization and sourcing) to the forefront of discussion. Students should begin to recognize that the sources, produced in 1774 and 1775 respectively, by different artists, both in Boston, reflected changing perceptions of loyalists during the war. By 1775, the drama of the American Revolution had escalated, and Thomas Hutchinson was no longer the governor of Massachusetts. The second image, rather than representing his death, represents instead his fall from power, and the mourning of those loyalists who supported him. 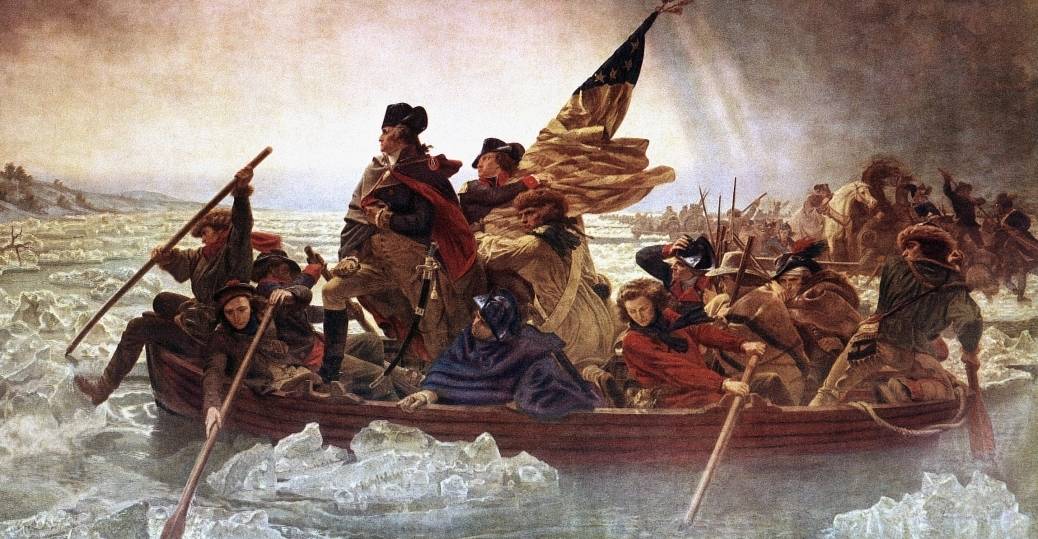 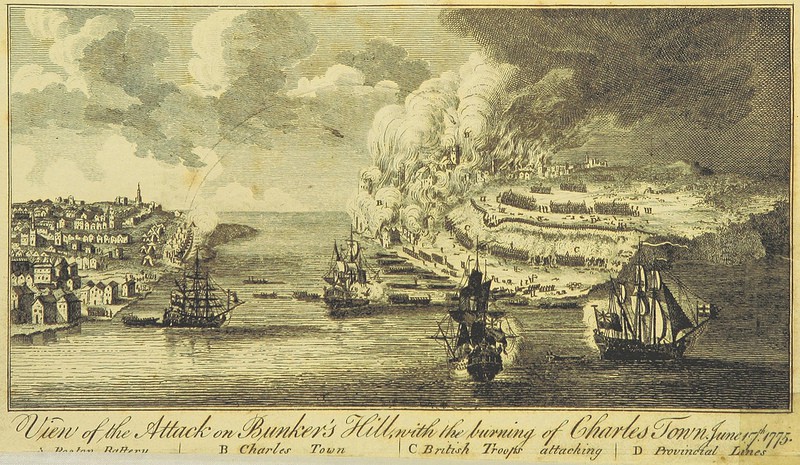 The class I am student teaching in just finished a unit on the Colonial period in America. We are now beginning a unit on the American Revolution, so I thought the topic for my Document Based Question, or DBQ, assignment should be the American Revolution. Using this topic will give me ideas and help me plan future lessons for my class. The essential question I want my students to answer in the DBQ is: Did the American Colonists have legitimate motivations for initiating war and separating from Britain? There are countless documents available for this topic and question, so it is important for me to pick documents that students will be able to interpret questions, such as: What does it say? How does it say it? And what’s it mean to me? I want the students to use evidence to support their answers to the questions pertaining to each document and form an argument based on what they have learned and think. I will use documents such as letters, speeches, governmental records, and pictures so students have a variety of documents from different sources. While I develop my DBQ, I have to make sure I put the students in the role of the historians.

Association of Members of the Late House of Burgesses, 27 May 1774

We his Majesty’s most dutiful and loyal subjects, the late representatives of the good people of this country, having been deprived by the sudden interposition of the executive part of this government from giving our countrymen the advice we wished to convey to them in a legislative capacity, find ourselves under the hard necessity of adopting this, the only method we have left, of pointing out to our countrymen such measures as in our opinion are best fitted to secure our dearest rights and liberty from destruction, by the heavy hand of power now lifted against North America: With much grief we find that our dutiful applications to Great Britain for security of our just, antient, and constitutional rights, have been not only disregarded, but that a determined system is formed and pressed for reducing the inhabitants of British America to slavery, by subjecting them to the payment of taxes, imposed without the consent of the people or their representatives; and that in pursuit of this system, we find an act of the British parliament, lately passed, for stopping the harbour and commerce of the town of Boston, in our sister colony of Massachusetts Bay, until the people there submit to the payment of such unconstitutional taxes, and which act most violently and arbitrarily deprives them of their property, in wharfs erected by private persons, at their own great and proper expence, which act is, in our opinion, a most dangerous attempt to destroy the constitutional liberty and rights of all North America. It is further our opinion, that as TEA, on its importation into America, is charged with a duty, imposed by parliament for the purpose of raising a revenue, without the consent of the people, it ought not to be used by any person who wishes well to the constitutional rights and liberty of British America. And whereas the India company have ungenerously attempted the ruin of America, by sending many ships loaded with tea into the colonies, thereby intending to fix a precedent in favour of arbitrary taxation, we deem it highly proper and do accordingly recommend it strongly to our countrymen, not to purchase or use any kind of East India commodity whatsoever, except saltpetre and spices, until the grievances of America are redressed. We are further clearly of opinion, that an attack, made on one of our sister colonies, to compel submission to arbitrary taxes, is an attack made on all British America, and threatens ruin to the rights of all, unless the united wisdom of the whole be applied. And for this purpose it is recommended to the committee of correspondence, that they communicate, with their several corresponding committees, on the expediency of appointing deputies from the several colonies of British America, to meet in general congress, at such place annually as shall be thought most convenient; there to deliberate on those general measures which the united interests of America may from time to time require.

A tender regard for the interest of our fellow subjects, the merchants, and manufacturers of Great Britain, prevents us from going further at this time; most earnestly hoping, that the unconstitutional principle of taxing the colonies without their consent will not be persisted in, thereby to compel us against our will, to avoid all commercial intercourse with Britain. Wishing them and our people free and happy, we are their affectionate friends, the late representatives of Virginia.

Signed by 89 members of the Late House of Burgesses.

The process we have used to peer review my ideas have been really helpful. I received great feedback from the “speed dating” of our ideas activity, which helped me further develop my DBQ. The challenges I have faced are coming up with quality questions for each document that will connect back into my essential question. From this process, I am learning to always make sure the student is the historian in the classroom and to make sure I am asking higher level thinking questions for my students. This assignment builds upon the work we did on historical thinking earlier in the semester because I constantly refer to the SHEG website and historical thinking chart. I have to make sure the students are involved in historical thinking skills such as sourcing, contextualization, corroboration, and close reading.