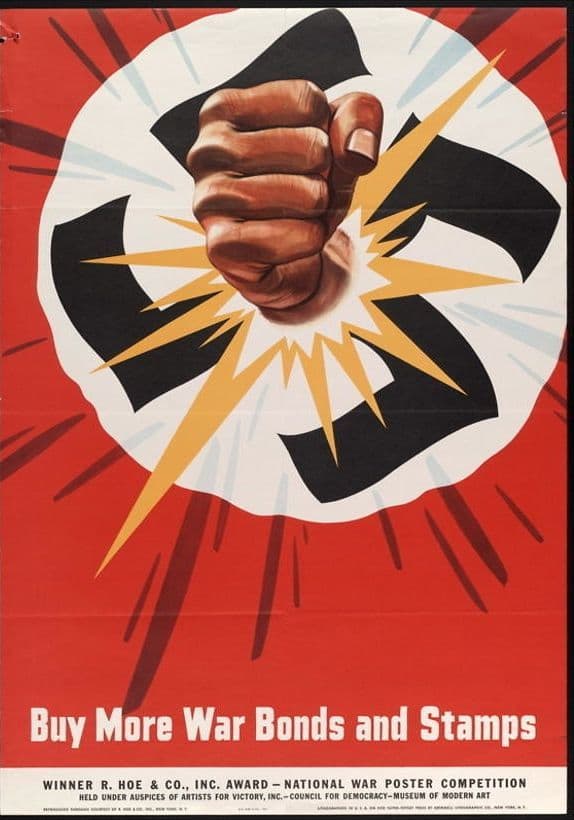 When I began this project, I expected that choosing documents for a DBQ would be easy, while writing the text and questions to accompany them would require the greater effort.

As it turns out, the effort came in keeping myself terse. The fundamental question in this project was “what do you want the reader to do?” Once I decided that the reader would examine propaganda posters and analyze what emotional impact they had, it became clear that my main task would be curating the posters themselves. Too much text would only distract from the real focus of the DBQ. Thus, I tried to limit myself to minimal introductions to set the frame, and one or two open-ended questions.

It seems to me that simplicity is at the heart of the DBQ format. As long as the reader is oriented, the documents, visual or textual, should speak for themselves. I’ll keep this principle in mind not only when designing formal DBQs in the future, but when presenting primary documents to students in a classroom context.

I’m satisfied with the final project: its narrow focus has allowed it to stake out its own niche. There are many DBQs out there relating to World War II propaganda, but few ask the reader to look across cultures for parallel concerns. Still, this project only scratches the surface: the five propaganda themes I included are hardly the only possible points of comparison. I hope readers find this to be a source of ideas and inspiration for other projects.