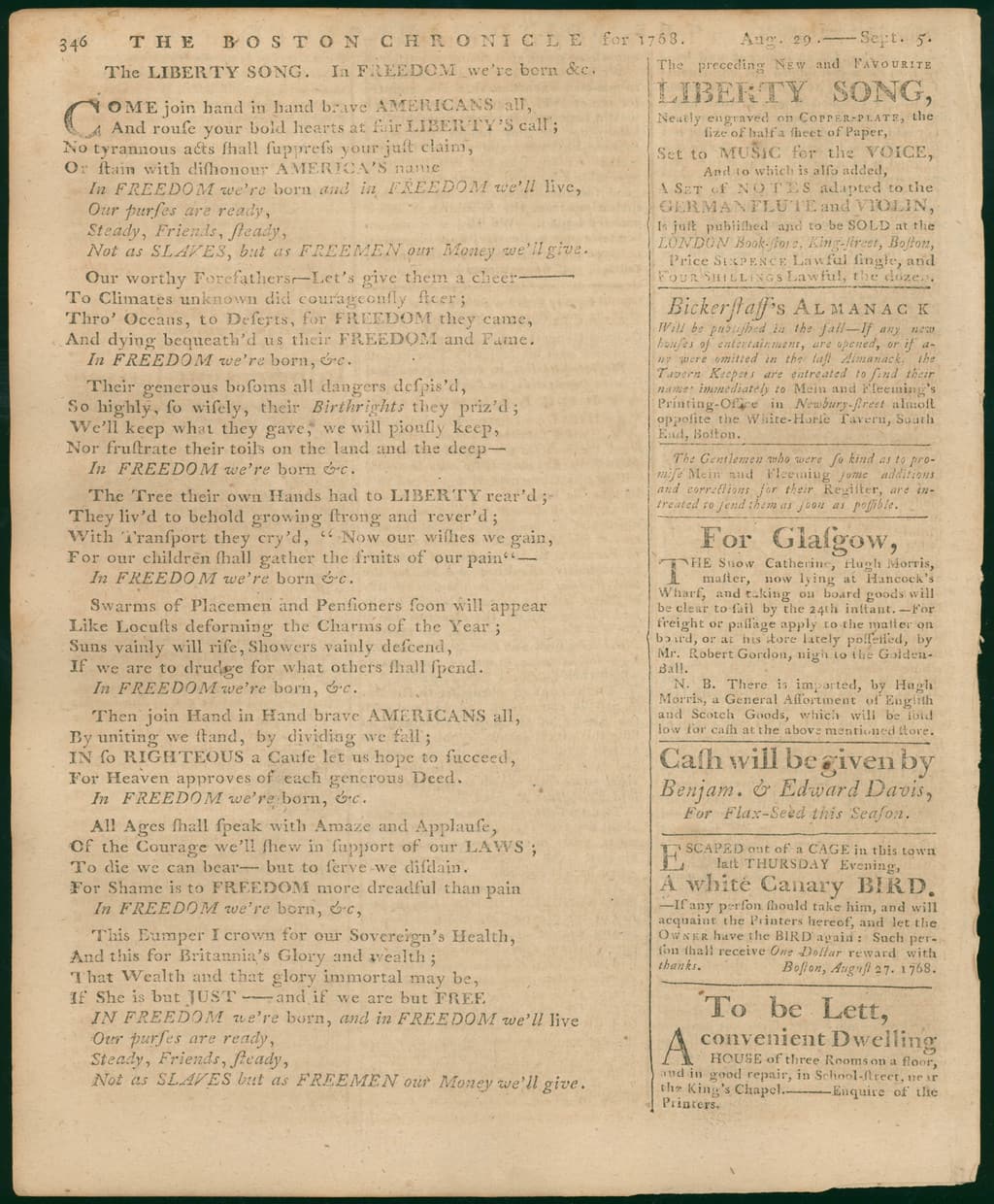 This DBQ explored slavery and the American Revolutionary War through various visions of freedom that existed during the mid- to late-1700s. The idea for this project came from the understanding that oftentimes only one voice is heard in history. That approach, however, does not take into account the full narrative of the time and provides a false reality of important historical events. As a result, the purpose of this project was to provide readers an opportunity to look at central documents in a different light, while at the same time offering a chance to explore documents that may not take a dominant role in many studies of the American Revolution. By the end of the DBQ, readers would have investigated views of freedom between the colonists and the British government, military officers and laymen, and slaves and freemen, building content depth and providing the means to explore many unfamiliar corners of this important event in American history.

Even though the main essential question revolved around what influences visions of freedom, there were many other generative questions that were incorporated into my project.

Because these questions permit the reader to investigate multiple horizons of possibilities, this project fits perfectly into many course and state standard requirements.

In the end, I feel like this DBQ completed my goals to introduce different visions of freedom to the American Revolution story. What I really enjoyed about this process is that it forced me to think deeply about every document that I wanted to add to the project. In order for readers to successfully complete the DBQ, the documents and order needed to be coherent and accessible. This thinking exercise now can be easily translated into the classroom, which I foresee as a priceless skill when I begin to introduce students to primary documents.