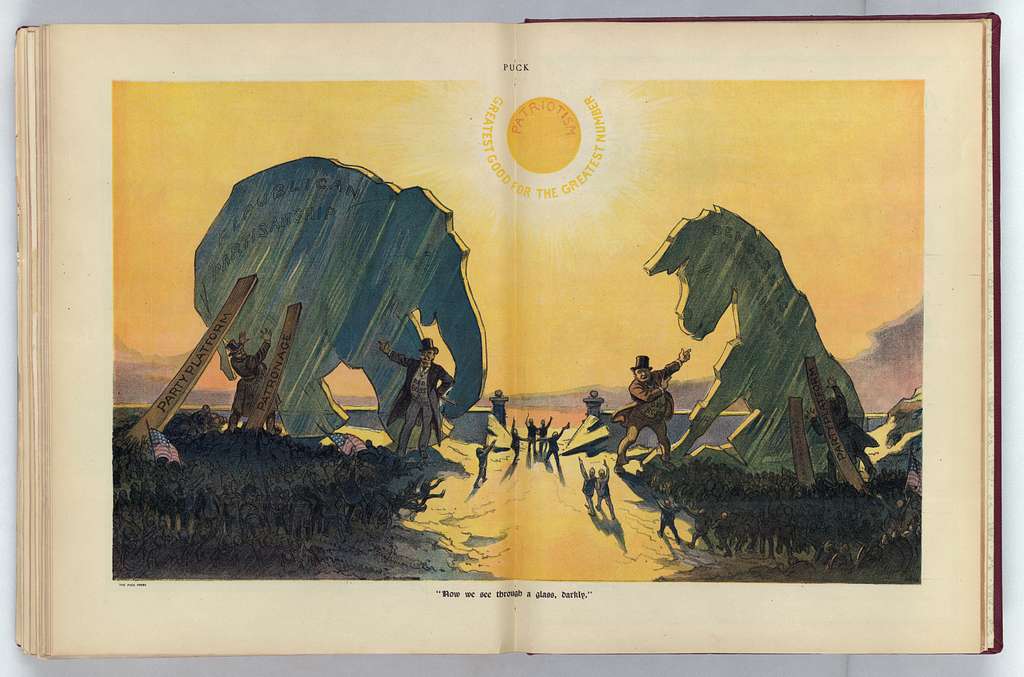 The target audience for this lesson would be a high school history or civics class. Ideally these students would be building off knowledge the had encountered in their middle school high school classes and would be familiar with political terminology such as: the Left, Far Left, Moderate, Right, Far Right, Authoritarian, Libertarian, etc. However, if students had not encountered these terms in school before this lesson can be used a primer to political analysis.

Many students understand US politics, both past and present, through the lens of the left-right/democrat-republican dichotomy as it exists on the Political Spectrum. While this is fine for a superficial understanding of American politics it fails to address the complexities that exist. In terms of the Political Spectrum the economics scale and social scale are compressed together; this fails to highlight relationships that exist between different political parties and politicians. Students also tend to rely on their parents for their political ideology; usually placing themselves in either the Democratic or Republican parties. They don’t necessarily understand how their own feelings on economics and social values relate to the political process.

The Political Compass is a way to introduce students to a more holistic view of US politics. For instance, on the economic scale mainstream Democrats and Republicans are much more closely aligned in their policies than say social outlooks. Students will be able to see how both the Democratic and Republican parties, while often depicted at odds on the Spectrum, lean much farther to the Right of economics and towards the Authoritarian end of social scale when taken together. Students through the use of a survey will be able to see how their own views on economics and social values relate to established political parties.

By building on their knowledge of political positions with the introduction of the Political Compass students will be able to see trends in American politics over time, how politicians tend to change over the course of their careers, and how American politics relates to that of other nations.