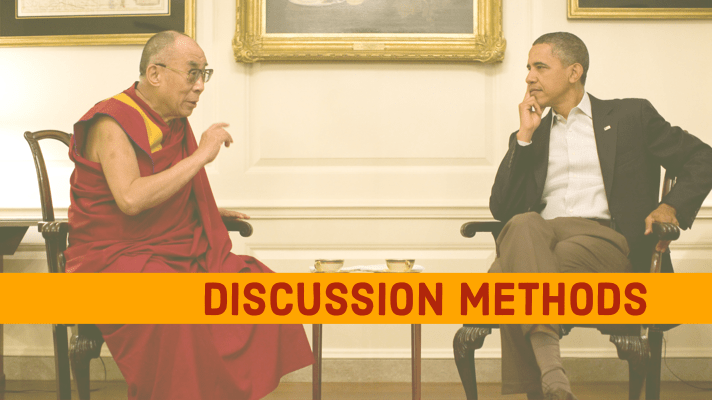 During few of our class discussions students have found themselves at odds about a particular topic or issue. Students have also expressed wanting to learn more about their peers by exploring one another’s thoughts and perspectives. I felt there was an opportunity here to introduce a discussion strategy that would allow them to share thoughts and perspectives in a controlled, respectful manner.

I chose to try a “Taking Sides” activity in which students would physically take sides in the classroom between the “Agree” and “Disagree” sides of the room. Before we began, I introduced a few ground rules:

Once we practiced a few light questions like, “Coffee is the best beverage in the world” and “Books are more engaging than movies,” we pursued discussions such as, “I believe my education is valuable,” and, “School encourages me to be the person I want to be.” Students really seemed to get engaged with topics they felt strongly about. I saw a number of students struggling to hold back their responses, but they did a good job of listening to the speaker and holding their responses overall. Once we had worked through a few discussion prompts, I asked the students to think about how they would feel about a “Middle” or “I don’t know” section, and how it might change their perception of the discussions. The students wrote their responses as a reflection, which I collected as an exit ticket.

Most of the students responded well to the activity. Those who were not direct participants said they enjoyed hearing their classmates’ perspectives, and it prompted all of the students to reflect on their own views. A number of students changed sides throughout the activity, and found it was important for them to be able to adjust their position as the conversation evolved. I think it helped them see the value of working through a problem as a group, helping one another clarify what exactly they are talking about, and coming to the realization that they may agree on more things than they realize (though they may perceive themselves to be on opposite sides). It was a rewarding activity, and the students have been asking to do it again almost every day.

One Reply to “Discussion Methods”