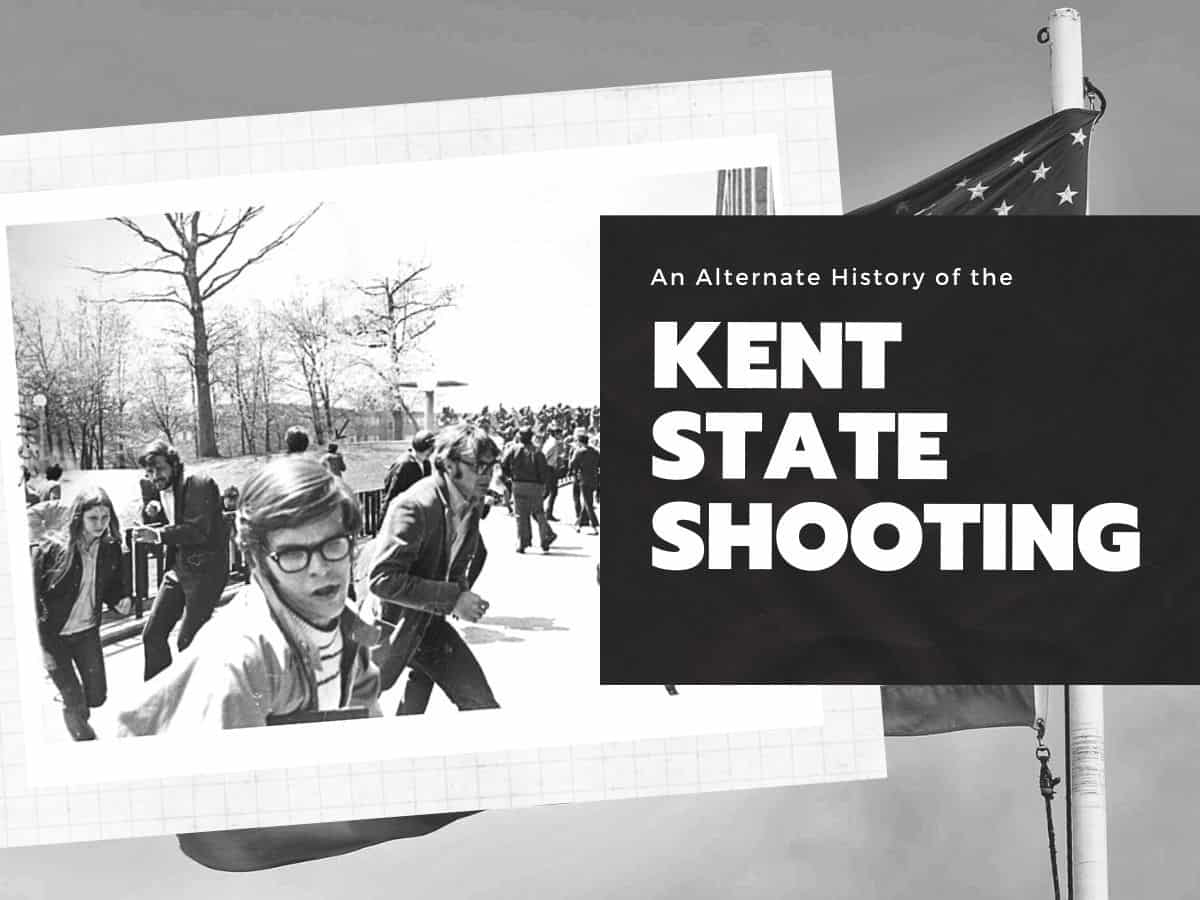 One of the most recognizable moments of the Vietnam war era in the U.S. the Kent State Shooting on May 4th, 1970. Following the expansion of the war into Cambodia and the reinstatement of the draft, student protests began to gain steam all over the country. Students led by campus groups including the Black Student Organization organized large-scale protests against the ROTC presence on campus, sit-ins to protest the draft, and the presence of police recruiters on campus.

The Kent State protests might not have been as notable had it not been for tragedy. On May 4th, 1970 the National Guard attempted to disperse protests, and under mysterious circumstances, opened fire on the protestors. Four students died, 9 were injured, and one was paralyzed for life. Of the four dead, only two had participated in the demonstration. The deceased student’s names were:

Outrage from the shooting spread rapidly, as images of the dead were circulated in newspapers. The image below, depicting one of the dead won a Pulitzer Prize. Protests music referencing the event circulated the radio, including Crosby, Stills, Nash & Young’s “Ohio,” and Bruce Springsteen’s “Where Was Jesus in Ohio.”

Despite the outrage, Nixon was re-elected, and the Vietnam war continued to rage for several more years. In the aftermath of the shooting, over 100,000 people demonstrated in Washington D.C., and Nixon was taken to Camp David. Ten days after the Kent State Shooting, two more students were killed by Police at the historically black, Jackson State University – but did not receive the same nationwide attention. While this tragic event was crucial in the development of the anti-war movement, would the war have ended if it had never happened?

3 Replies to “Four Dead in Ohio: An Alternate History of the Kent State Massacre”