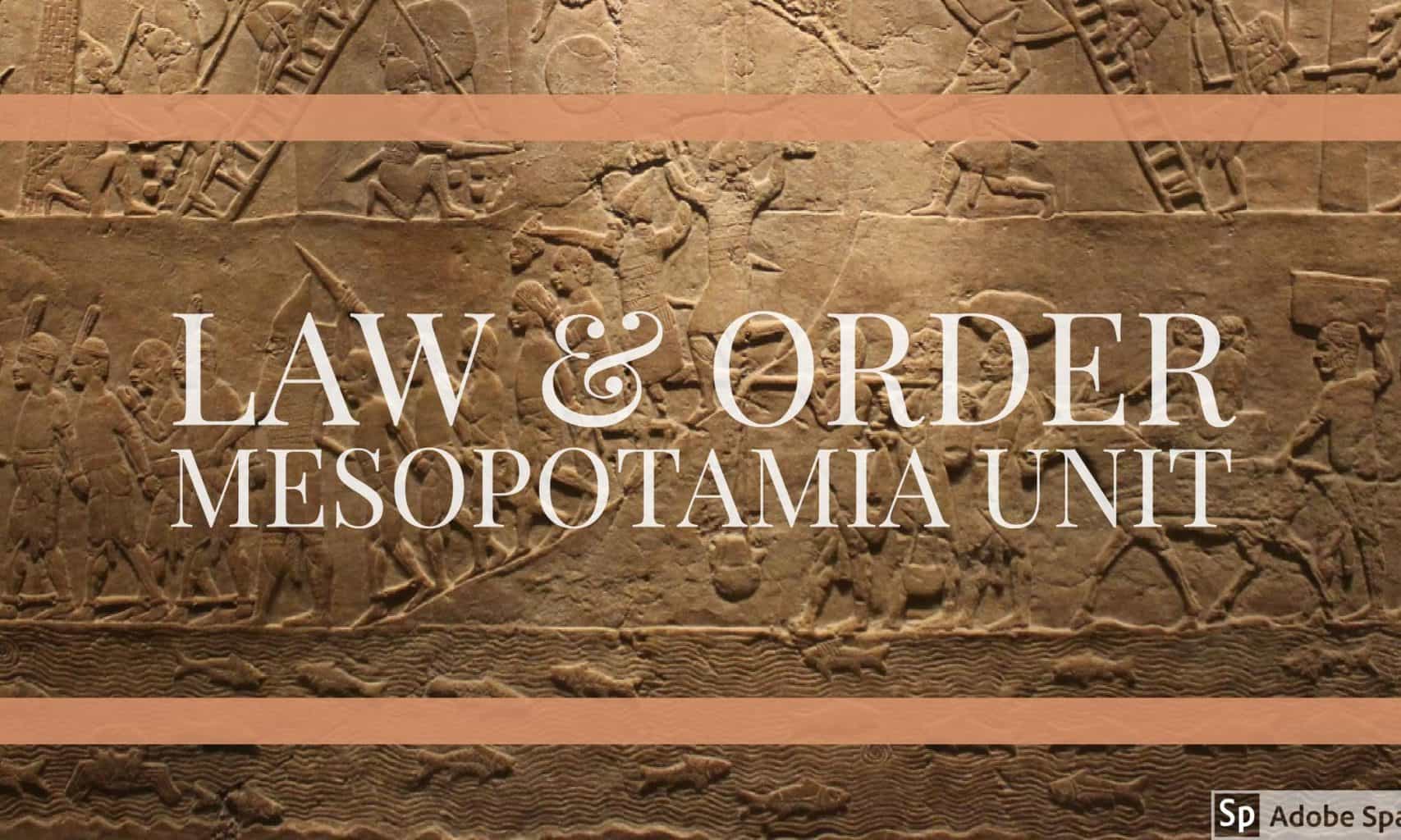 Historians are like detectives. They investigate the past, putting pieces of historical information together like a giant puzzle that tells a story, building a historical context. In order for historians to piece together that story, they need to look at historical documents and events through several different perspectives.

When we examine a historical event or document, we should always ask:

1) What’s the geographic perspective? Where did this take place? Where was this written?

4) What’s the economic perspective? What kind of economy was there? What was the food supply like? Who had most of the wealth?

With these 4 perspectives in mind, let’s explore Hammurabi’s Code and what it tells us about life in ancient Babylon.

Let’s start with what we already know:

What have we learned about ancient Mesopotamia and its kingdoms that might help us understand the historical context of Hammurabi’s Code? Use the 4 Perspectives and Big C part of your graphic organizer to guide your thinking.

Next, this video will give us a preview of the Code of Hammurabi and some of its laws.

To investigate further, let’s examine 3 documents. Each document is a translated section of the Code.

Work with a partner to answer these questions for each document:

Document A: Religion
1. According to this document, where did Hammurabi get his power as king?

3. According to this document, what is the goal of Hammurabi’s Code?

3. Type of Economy
a. According to this document, do you think most people in Babylonia made money in cities or in the country?
b. How do you know this from Hammurabi’s Code?

2. Equality
a. According to this document, was everyone equal in Babylonia?
b. How do you know this from Hammurabi’s Code?
i. Evidence 1:
ii. Evidence 2:

3. Women
a. According to law 138, what happens to a dowry if a man leaves his wife?
b. What does this suggest about the position of women in Babylonian
society?

So what does all this tell us about life in ancient Babylon?

Discuss the 4 Perspectives with your partner, and add to your Big C/ little c graphic organizer. Remember, little c ideas are those that we get directly from our documents, while Big C ideas can come from things we already know. Are the little c ideas consistent with the Big C ideas?  Do any Big C ideas need to be revised?

With your partner, create a short document depicting life in ancient Babylon. This could take the form of a travel brochure or review, a short essay, or slide show. Be sure to include the 4 Perspectives in your document!

One Reply to “Law and Order: Mesopotamia Unit”