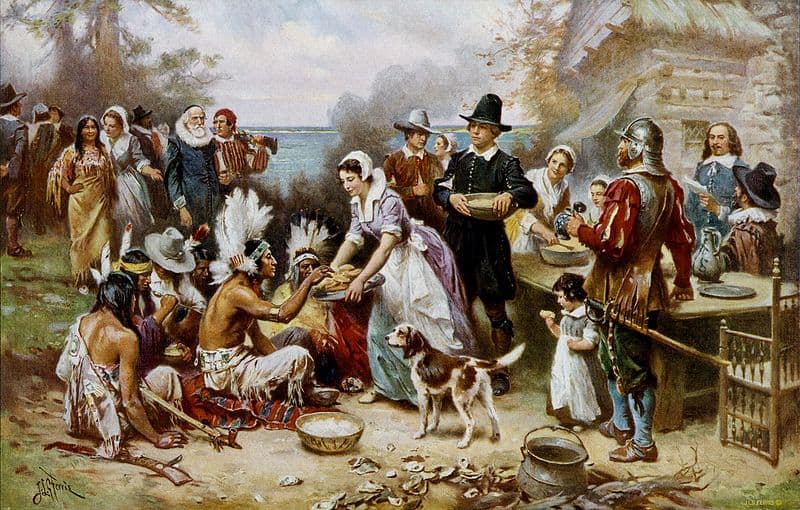 The First Thanksgiving (1621) is an oil painting by artist Jean Leon Gerome Ferris. It is a one of a collection of paintings titled ‘The Pageant of a Nation.’ Published in 1932, Pageant of a Nation is a collection presenting romanticized depictions of significant moments of American history. This painting represents what the artist would like its audience to view as the first Thanksgiving: a harmonious coming together of Indigenous Peoples and White Europeans.

This image is also part of the collection by artist Jean Leon Gerome Ferris. It is titled The Landing of William Pen (1682.) It depicts William Penn, founder of the Province of Pennsylvania, arriving on the shores of the New World to be greeted by its current inhabitants. Take note that the Native Peoples depicted in this painting are wearing traditional clothing of Great Plains tribes. Is Pennsylvania near the Great Plains?