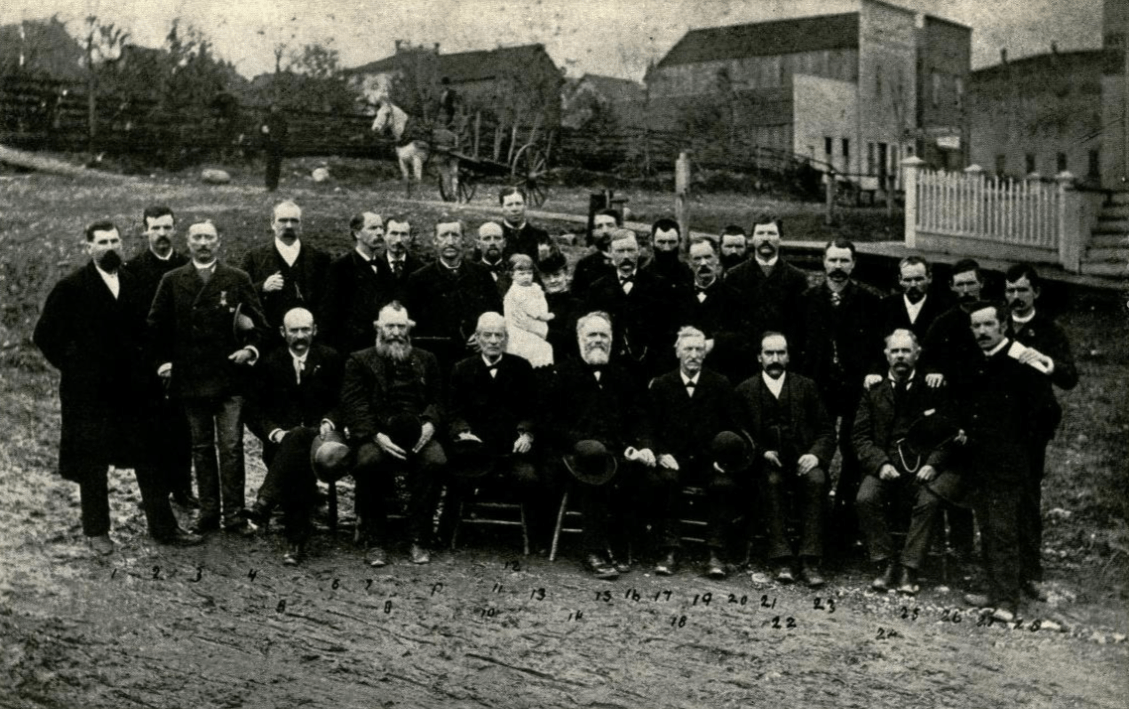 This could be done as a case study in any high school U.S. history class. It is a niche time, location and demographic but it is very emblematic of the struggle of hyphenated-Americans and U.S. migrant communities throughout history. If you make connection to the big picture issues of nativism and comparisons to other migrant groups, this can be a impactful lesson. This lesson has an added weight and meaning for students in the Pacific Northwest.

In fall of 1885, in the wake of the Chinese Expulsion Act, a mob composed of several hundred men expelled the Chinese community of Tacoma, Washington. The small population of the Chinese-American’s that lived in the northern waterfront of Tacoma, in an area called ‘Little Canton’, were forced south on trains headed toward Portland. A majority of them ended up in Portland and faced similar nativist acts of hatred and prejudice.

Historical Document 1 – The Chinese Expulsion Act https://web.archive.org/web/20140505105756/http://librarysource.uchastings.edu/library/research/special-collections/wong-kim-ark/1858%20Cal.%20Stat.%20295.pdf
Close Reading Prompts: What were the motives and reasons behind such an a Act? What language does the author use to ‘other’ or dehumanize these Chinese-Americans. What are some of the most punitive and absurd rules set forth in the document?

Historical Document 2 – The Chinese Reconciliation Park https://www.tacomachinesepark.org/about/the-history-of-the-foundation/
Close Reading Prompts: Before 1991, what had been done to reconcile with Tacoma’s troubled past with Chinese-Americans? What is the purpose of this article? Who is the target audience for this article and where might this information be found?

Historical Document 3 – Excerpt of Essay on Chinese Americans in Oregon https://www.oregonencyclopedia.org/articles/chinese_americans_in_oregon/#.X59d69BKhPY
Close Reading Prompts: Why was the experience so different for Cantonese residents in Portland as apposed to Cantonese residents in other west coast American cities? What prejudices did Portland Chinese-Americans experience in the 20th century? Who wrote this and what is there connection to the history?

Teacher’s guide:
Source 1:
I would expect students to talk about jobs and land usage. I think they would essentially lay out the manifestation of nativist thought. For the second question they would go on to describe the words the administration used to make Chinese-Americans seem less than human. For example, in Section 3 they use the verb ‘reshipped’ to describe the migration of Chinese-Americans. The last question is more open ended but I think stripping these migrants of the use of their native language as it outlines in Section 4 is absurdly punitive.
Source 2:
With question one, I am hoping students realize that nothing was done in terms of reconciliation or reparations for over 100 years. The purpose of this article is mostly to inform park goers of this history and what is being done to reconcile. It’s less a history of the event and more of an outline of what will be done to fix this forgotten history. The target audience would be people that stumble upon the Chinese Reconciliation Park and wonder about its history and what can be done for reparations. This information would ideally be posted at the park to inform visitors.
Source 3:
As it says in the second paragraph, the migrants weren’t walled off in the same way Cantonese migrants were walled off in other cities. They later experienced prejudicial discrimination in housing, jobs, commercial opportunities, education, and medical and social services. The author is an Asian-American scholar and professor at UC Berkeley who lived in Portland named Douglas Lee.

Featured Image: https://upload.wikimedia.org/wikipedia/commons/0/0c/Tacoma%27s_27.png
They are 27 of the men who forced the Chinese-Americans out of Tacoma.