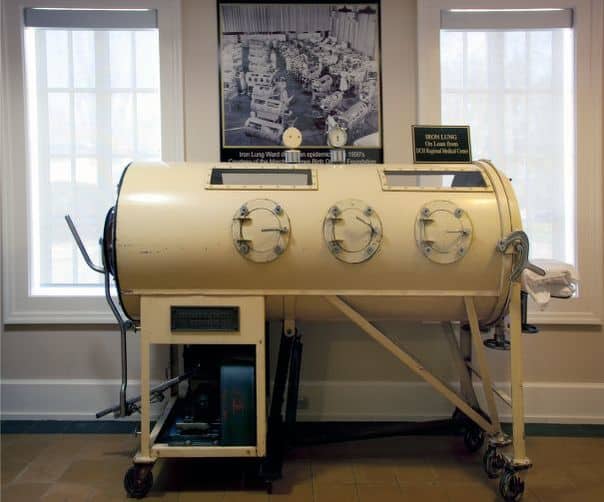 Featured Image from Library of Congress

Context: Vaccinations have been around for over 200 years. With as severe as polio was in the United States, and around the world, it was estimated that Polio had an approval rating of well over 90% during the peak of the virus. However, over time, the public’s opinion of vaccines has declined significantly.

Icebreaker Activity: Describe any symbols found in this photo. What do these symbols mean? What were they used for?

Response: “Wellbee” is a symbol, as he is the mascot of the polio vaccine. He was clearly meant to advertise the vaccine and make it seem more appealing to certain demographics, particularly children.

Context: Vaccinations are often administered in the form of “shots.” Despite the sanitary conditions of hospitals, along with research to suggest that they’re safe, many people have a phobia of needles.

Icebreaker: Come up with a list of questions about this image, or why vaccines are administered via needles.

Response:
1. Why have vaccines been limited to needles in modern contexts when they were available orally during the polio era?
2. Are vaccines directly related to peoples’ fear of needles?
3. Are these phobias mutually exclusive?
4. When did vaccines begin to be administered through needles?

Like most viruses, Polio had many symptoms. In this case, this child was subject to paralysis of some sort. In this image, you see the child learning to walk with canes again, while he legs are being supported by braces. For many, surviving Polio was a blessing. Many would lose their ability to breath, forcing them into iron lungs (see featured image) and other major symptoms that would heavily diminish one’s quality of life.

Icebreaker: Analyze the image. Write down things that surprise you in this image.

Response: I was surprised how brutal this image was. Obviously you hear about how bad Polio was, but it’s scary to think that viruses have no interest in discriminating. They affect everyone, whether that’s child, adult, elderly, or anything in between. How bad that ends up being is really dependent on their immune system, but it is scary that this could potentially happen to anyone. It makes you thankful for vaccines that save us from things like this.

3 Replies to “The “High Point” for Vaccinations”