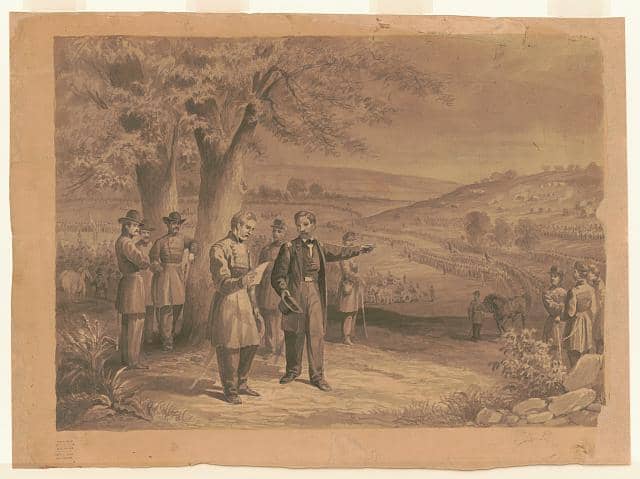 Context: Slavery of both Africans and African Americans within the United States existed from the creation of our country in 1776 until the 13th Amendment of the Constitution in 1865. Slavery played a pivotal role in the founding of the United States, with the majority of our founding fathers even benefitting from slave labor during their time. While the constitution was written to suggest that everyone deserved basic civil liberties, the actions of politicians during this period of time suggested that they believed otherwise.

Context: Abraham Lincoln was the 16th President of the United States. Abraham Lincoln is often known as “The Great Emancipator” due to relatively progressive stance (for the time) against slavery. However, despite this, Lincoln’s stance on slavery was not necessarily one based entirely on the grounds of morality. From the beginning, Lincoln ran on a platform of prevention for the spread of slavery, but it took many years for him to finally recommend emancipation as a means of ending slavery. Lincoln argued that someone should not be enslaved simply for having a darker complexion or a lesser intellect, but did not explicitly argue that people from African descent were equal to those of European descent. While Lincoln certainly played a major role in emancipation, it is not entirely clear whether he justified his decision as a political narrative, or if he felt strongly against the unequal treatment of African Americans.

Context: The Emancipation Proclamation effectively changed the focus of the Civil War from that of preserving the Union to that of ending slavery. On January 1, 1863 Abraham Lincoln gave The Emancipation Proclamation which served multiple purposes: The first was to emancipate any slaves from territories that were liberated by the Union, and the other was to reduce the potential for European intervention in the war on behalf of the Confederacy. Shortly following the Civil War, the 13th Amendment would be made to The Constitution. However, despite the end of slavery becoming a reality, slaves were not allowed to be citizens of the United States, they could not vote, and they were still subject to many instances of segregation based off of nothing more than their complexion.

Questions for Students:
1. Why would the Emancipation Proclamation reduce the potential for European intervention in the Civil War?

2. What other political advantages could come out of ending slavery within the United States?

3. Why would the Confederacy (in Southern regions) be more attached to slavery compared to the Union?

Instructional Goals and Sample Answers:
The learner will analyze the text, the map, and the provided images as context clues to answer the provided questions.

1. The Emancipation Proclamation could reduce European intervention by establishing a different motive for war within the Union. Rather than the war being a simple disagreement where either side could potentially be incorrect, the slavery narrative allowed the Union a definitive motive that was aimed at ending something that made the United States look like hypocrites to the rest of the world, given the wording of our constitution.

2. A few advantages could come out of it. The party that freed the slaves, assuming they could pass voting right acts could have a new source of voters. Another advantage would be that the United States could appear more noble on the world stage, which could benefit foreign policy. Finally, as it was stated above, it allowed for a more “1 on 1” war between the Union and the Confederacy – one of the things that helped ensure Union victory during the Civil War.

3. Slavery was more appealing to those in Southern climates because there was more farming occurring in those areas. In particular, the South is known for fruit growing and cotton plantations. These were huge industries that would be made exponentially more expensive and difficult if slave labor was abolished. The colder Northern climates were more focused on technology and big industries that did not require/ did not benefit heavily from slave labor making it less of a necessity.

4 Replies to “Freedom for Everyone? Not quite.”