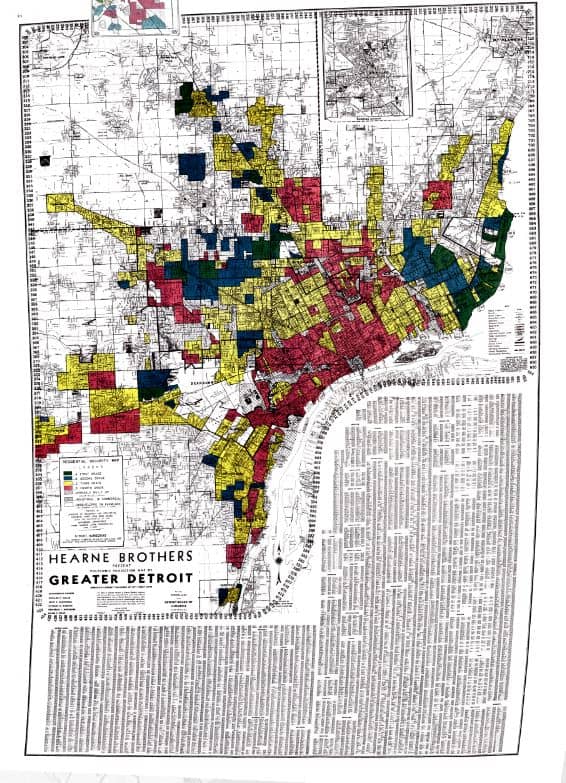 My grandfather, George Adrian Peterson, who I refer to as “Papa” was a resident of Wayne County in the city that would become Detroit, Michigan. He grew up as the son of Swedish immigrants from Stockholm and was born as the first generation of American citizens. Surrounding him was expansive woodlands, an industrial complex that churned out automobiles and a neighborhood that required strong workers, let alone students.

His family worked at a lumber mill just so they could pay for his high school tuition until he was old enough to work for himself and supply his own academic expenses. Wayne county was relatively poor throughout his childhood but my grandfather especially remembers how he passed a lot of industrial sites going to school and how he would help his father on the weekends by working at the lumber yards near the edge of Detroit.

My first goal was to search through records from the 1940 census and try to find any sort of map of what the roads seemed to look like. Unfortunately, most of the maps I found were not very helpful nor did they seem to provide any detailed information about rates and costs of living in proportion to each area. However, I finally narrowed it down to what I believe to be a map of the neighborhood my grandfather lived in and from here I started to narrow down my searching to explore the economic history of the region. I learned that this region in Michigan was very factory based with most jobs going to either automobiles or power plants. While I am a bit surprised that my grandfather and his father before him were tied to lumber at first, I have to recognize that they worked just outside of Detroit to the north and are therefore exceptions. For the record, as HomeFront USA was taking off my great grandfather temporarily worked at a factory that produced ammunition and shells throughout the war while my grandfather collected scrap metal as a way of promoting the effort. They were doing their part to support Uncle Sam however they could.

The region wasn’t the most economically prosperous according to my grandfather, which is part of the reason why he decided to move to California. According to HOLC the area where my grandfather was raised is now designated as Third Grade. The population is static without any major changes expected in population, with a wide variety of nationalities assembly of factory workers specialized in mechanics. Only a slight percentage of negroes exist in this region which indicates that people of color were designated to living in the surrounding redlined regions of Detroit. This supports testimony from my grandfather who told me how he rarely if ever saw black children growing up and how if he did they tended to be in what was deemed to be the slums at the time. When I asked him if his father, my great grandfather, worked alongside African Americans he says he couldn’t recall any by name. While this doesn’t prove that they didn’t exist in this area, it’s likely that they were discouraged from working in factories and industrial sites away from their hometowns so as to not allow for “mingling” between the races. Given that the map above has clearly defined regions, it’s clear that this was successful for a long time.

These results reveal how living conditions have defined the breakdown of populations. My grandfather, a white son of European immigrants, was raised in a community where economic conditions were challenging surrounded by more districts where work was even more challenging. This shows that the means one has to holding a successful home can determine economic sustenance and the ability to support one’s self. Those that are forced to live in unsuccessful regions are unfairly discriminated and not allowed to aspire to their fullest potential.

2 Replies to “Life in Detroit: My Grandfather’s Hometown”