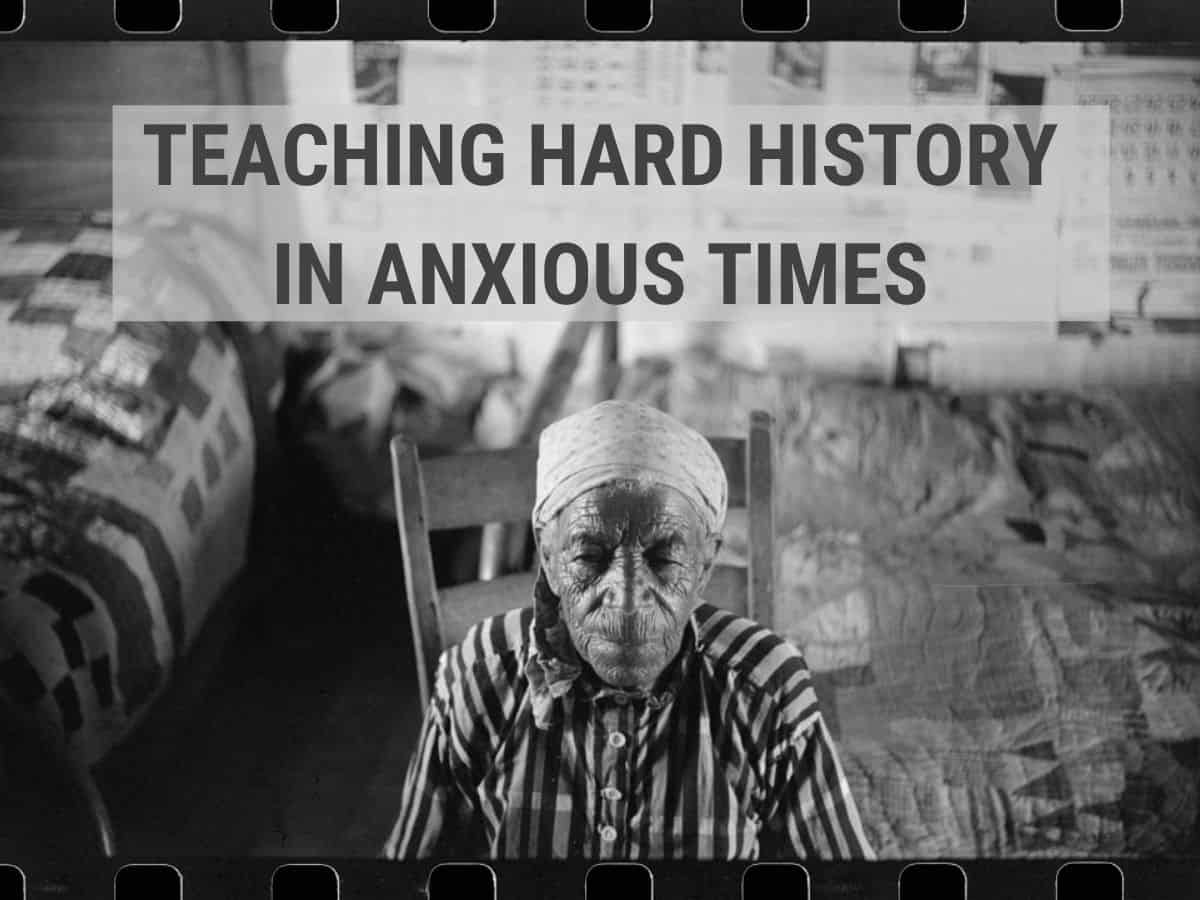 Historians study how societies change. In order to do that, we examine sources created at the time—newspapers, teapots, speeches, tweets, photographs, landscapes, and so on-—and judge what we think happened by comparing these primary sources to things other historians have said, on the basis of evidence they have found. We argue a lot. But if we cannot see an ever-widening story, we cannot give an accurate account of how societies change. An inaccurate picture of what creates change means that people cannot make good decisions about the future. They are at the mercy of those who are creating the stories. Knowledge is indeed power. So the destruction of accurate history is about more than schools. It’s about self-determination. It’s about having the freedom to make good decisions about your life. It’s about the very things that democracy is supposed to stand for.

Conservative discomfort with hard history and fondness for historical fiction

It would be negligent to teach a social studies methods class in 2021 without addressing the elephant in the room – the conservative assault on history instruction in American schools.

“When conservatives attack Critical Race Theory — or any meaningful discussion of systemic racism in American history — they insist they do so only because such material ignores the progress made since the nation’s founding and leads students to think badly about America. But actually, the right wants to paper over historical injustices — to cancel the truth — so as to keep students from asking difficult questions about inequality in the present. They fear that if students realize how central racism has been to the country’s development, they may connect the dots between that historical injustice and ongoing disparities in the present.” ~ The Right Wants to Cancel the Truth

The current disruptions of school boards across the country is the latest installment of a right wing effort to use social issues as a political wedge to divide the Democrat’s “big tent.” For example, in the early 1990s’ the country’s first national guidelines for teaching American history were torpedoed by conservatives. Rush Limbaugh lambasted the standards as a “bastardization of American history” and complaining that the United States “does not deserve the reputation it’s getting in multicultural classrooms.”

The current round Republican attack traces its inception to the strong conservative reaction to the 1619 Project of the New York Times. (pdf version). More background from NY Times: The 1619 Project and the Long Battle Over U.S. History.

During the closing days of the Trump administration, the outgoing president fulfilled a promise to issue a report that promotes a “patriotic education” about race and the birth of the nation.

The Conservative response to 1619 Project

The Heritage Foundation – a right wing think tank – followed up with a strong rebuke of the 1619 project – A Celebration of America. The video below is from that website.

That was compounded by a coordinated effort to inflame right-wing anger by weaponizing a term for a school of legal scholarship. How a Conservative Activist Invented the Conflict Over Critical Race Theory. That has led us to the current situation where school boards are under assault in many parts of America.

A right wing group – Citizens for Renewing America – has created a “tool kit” for Combating Critical Race Theory in your Community. Including tips on how to recognize CRT, how to “win back your school board,” and recommendations to monitor social media of teachers, administrators and school board members.

Students will discuss their reaction to joining the ranks of social studies teachers in this current climate of anger and distrust. They will also work in teams using this Google slide set to explore how documented hard history can be “whitewashed” with historical fiction.

Credit: This template was adopted from a Keynote template created by Jamie Clark @XpatEducator. See his collection of Teaching & Learning Resources. (Lots of free downloadable templates.)