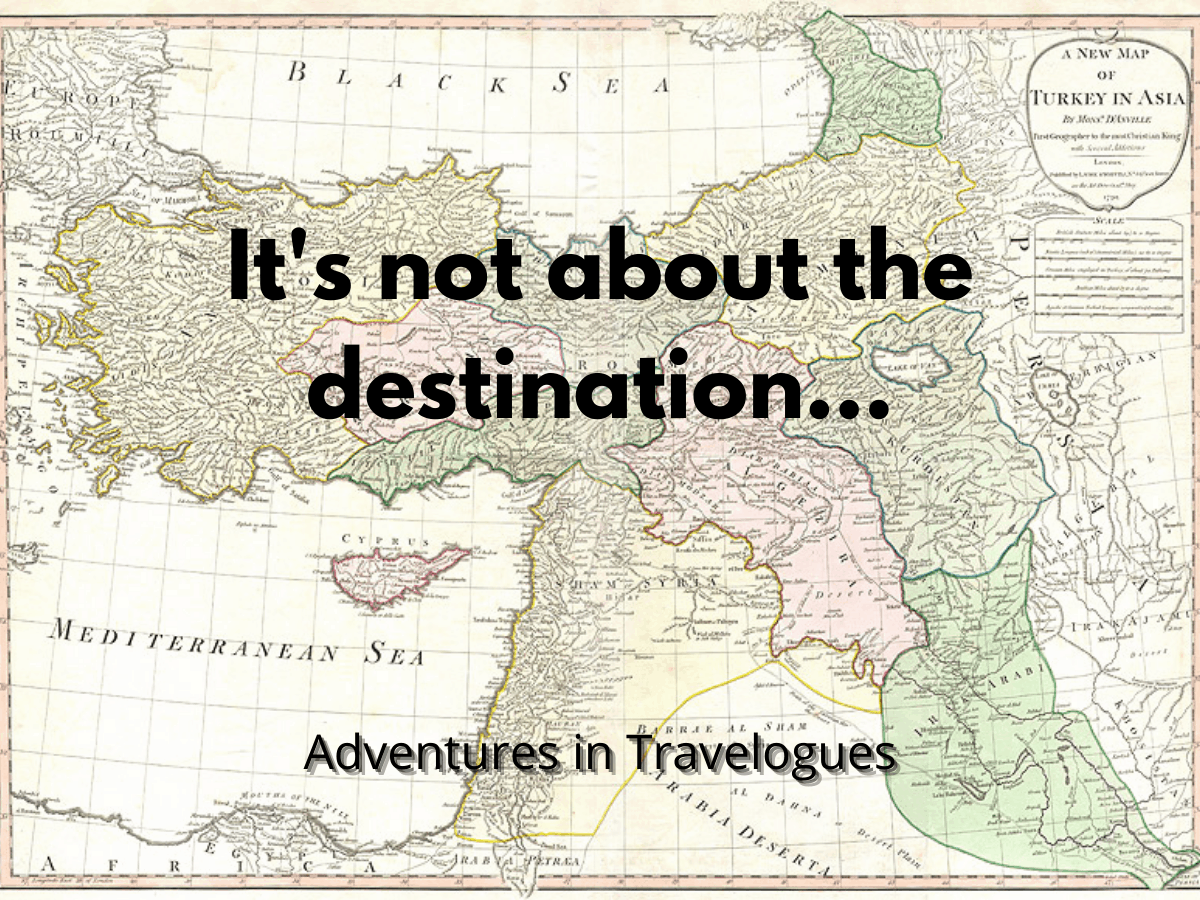 The target for this lesson would be students in 11th or 12th grade. By now students should have familiarity with primary sources, as well as analyzing text for both content and meaning. This is a history lesson meant to introduce travelogues as a form of primary source material, most likely to be used before a unit that would include a travelogue as a source.

Since we will be reviewing travelogues as sources, we will use two travelogues as examples for class. In a live setting I would suggest more travelogues, but electronically it could pose a greater challenge. The first travelogue is Ibn Fadlan’s Journey to Russia, and the second is Nawab Sikandar Begum’s A Pilgrimage to Mecca. The delivery of the lesson includes a Google Slide presentation as well as a Jamboard; both included below.

Before the synchronous lesson, students will be assigned excerpts from the texts to read and review. I would assign these; splitting the class into two groups based on the text. The class will be entirely composed around a think-pair-share activity in which we ask ourselves what strikes us as reliable and unreliable about these sources based on the texts themselves. Layout is as follows:
1. Think: Students will have a chance to review their given excerpts and writes down any notes they have based on the prompts
2. Pair: Students will be put into small groups based on their excerpt to compare findings. In a smaller class I would split the groups in two, and assign them each one author’s texts.
3. Share: As a class we will discuss what we believe the texts can reliably tell us, and create as a class a list of items that we think make the sources reliable or unreliable.

There are 3 primary spaces where the resources for this lesson take place: The excerpts themselves, the Google Slides, and the Jamboard group discussion. I’ve included links to those below:
1. Excerpts

Ideally, this class would be in person. However, the current lesson is designed for an asynchronous/synchronous distance learning model. I would make sure to explain the goal, and then to provide the excerpts individually, so that students aren’t confused about what to read. Jamboard works well for class discussions, but you could use something like Padlet or Nearpod if you prefer.