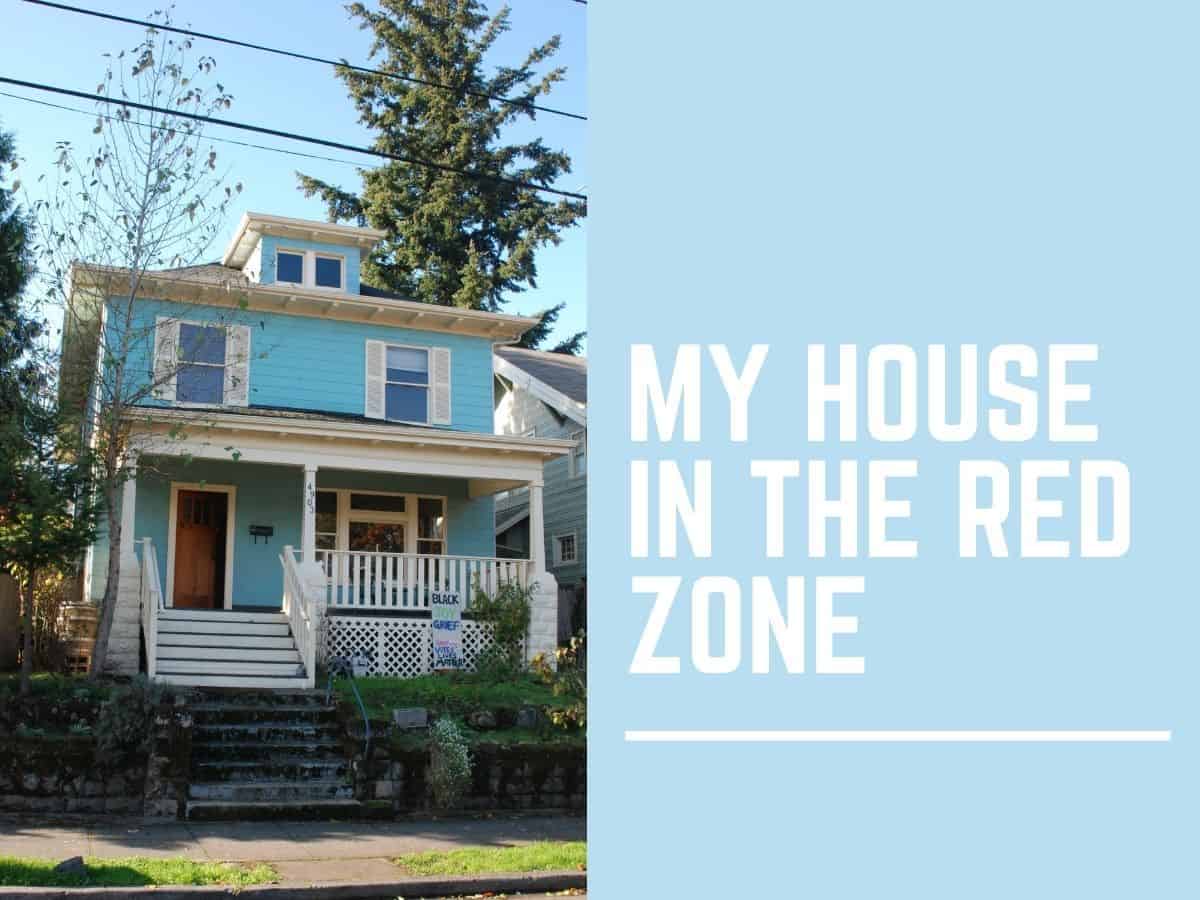 Since July of 2020, I have rented a room in a beautifully decrepit home in the Alberta Arts District of Portland, Oregon. While its façade is charming, the interior hasn’t changed since World War One. My landlord, who used to live in the house with her family is now getting her PhD in Madison, Wisconsin so she has been renting it out for several years to young folks like me. I marked on the map, provided by the website Mapping Inequality: Redlining in New Deal America, a big black dot to indicate where my home is. The map categorizes my house on 19th and Alberta as in a red “hazardous” zone that was predominantly Russian. For several decades after World War Two, Alberta would become increasingly Black before its impending gentrification around the turn of the century thanks to real estate business folks rebranding this part of Vernon the ‘Alberta Arts District’. When galleries began popping up on Alberta, real estate agents and real estate developers renamed this southern edge of the Vernon neighborhood of Northeast to make it more appealing to white residents interested in finding the next hip neighborhood of Portland. It’s not a history to be proud of but it is a history that residents need to be cognizant of. One thing that is particularly interesting about the image below is how if you follow 23rd and 24th street down from Alberta St. you can see there is 3 blocks of red, followed by one block of yellow, one of blue and then the Alameda Ridge in green. It’s a very quick transition as you head south towards Alameda which was originally zoned in 1924 as a covenant exclusively for single family homes. Nowadays I think the disparity gap between the quality of the housing throughout Inner Northeast is sufficiently closed and a home on 24th and Going is similar to one on 24th and Dunckley in marketability, price and safety.

After viewing the 1940 US Census, I found that this home used to belong to the McClee family. Mr. McClee, 66 years old, was originally from Iowa. He met his wife Rata and settled in to this beautiful house in Oregon with their daughter, her 8 year old granddaughter, their niece and their nieces coworker. It looks like the nieces coworker, listed as a ‘lodger’ Marie, pays $18 a month for rent.

The head of the house Mr. McClee is a traveling suit salesman. His daughter is an office clerk at the flower shop and the niece and her coworker Marie work at the telephone company. Mr. McClee’s yearly salary is $300 which according to an inflation calculator is a little shy of $5,600 a year. I am assuming money was tight because this home was in a ‘red’ zone and there are clearly a lot of adults living in the house working and contributing to help pay bills.

I am deeply saddened to report, I am moving out of this house on Friday. This assignment serves as a send-off and a celebration of its history.

3 Replies to “My Beautiful Home? In a Red Zone?”